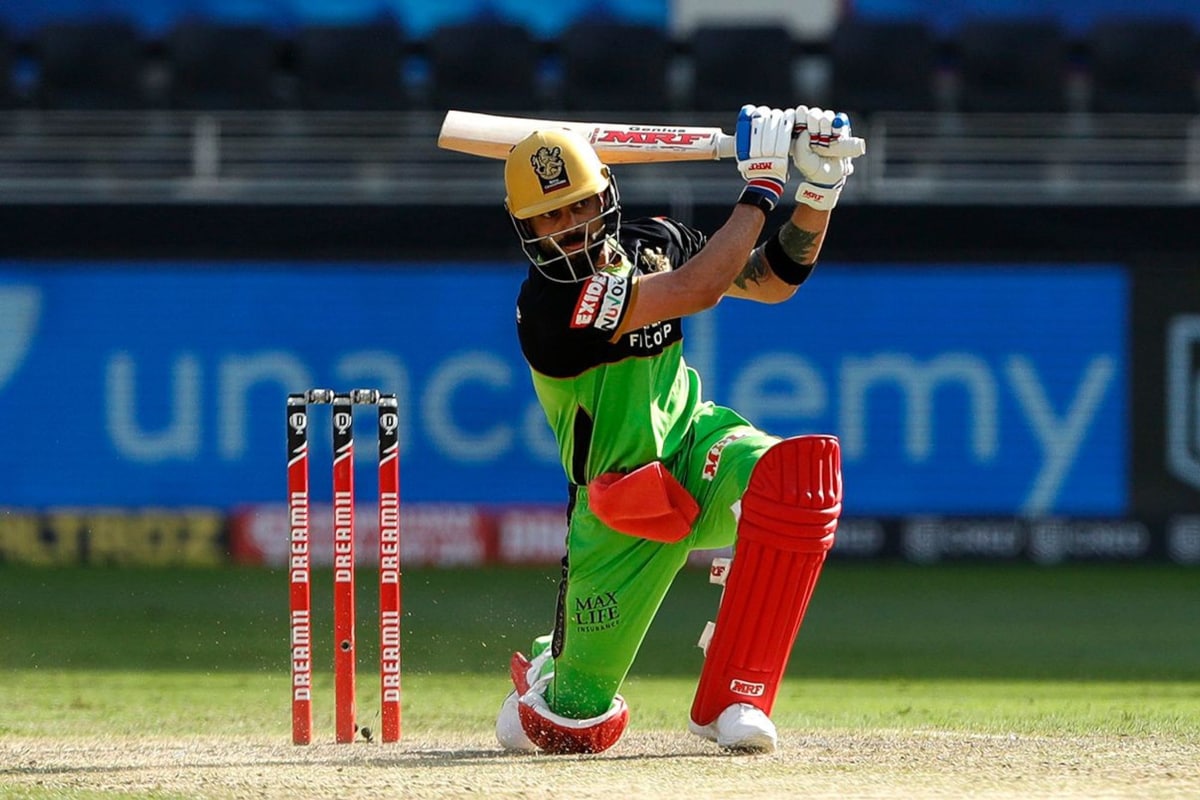 Royal Challengers Bangalore (RCB) skipper Virat Kohli on Sunday became the fifth batsman and third Indian to hit 200 sixes in the Indian Premier League. Kohli hit one six and a four in his 43-ball 50 against Chennai Super Kings (CSK) at the Dubai International Stadium.

Mumbai Indians captain Rohit Sharma (209) and CSK skipper MS Dhoni (216) are the two other Indians on the list. All three of them are below Kohli's RCB team mate AB de Villiers, who is on 231 sixes and his former RCB team mate Chris Gayle, who sits alone at the top with 336 sixes.

Kohli is the highest run scorer of all time in the IPL with 5,827 runs. On Sunday his innings and his 82-run stand with de Villiers was made mostly with singles. The former South Africa captain did not hit a single six in his innings of 39 off 36 balls.

Meanwhile his third half century this season proved to be in vain as Chennai Super Kings thumped play-off contender Royal Challengers Bangalore by eight wickets for only their fourth win in the Indian Premier League on Sunday.

Kohlis 50 off 43 balls that included just one four and a six formed the nucleus of Bangalores otherwise below-par total of 145-6.

Opening batsman Ruturaj Gaikwad upstaged Kohli with an unbeaten 65 off 51 balls and guided Chennai to 150-2 in 18.4 overs when he lofted Chris Morris for a six over the long leg fence.

Bangalore have 14 points from 11 games and could still finish among the top two while Chennai are struggling down in seventh spot with only eight points after losing eight of their 12 games.

What you saw in the second innings wasnt a true reflection of how difficult the pitch was, Kohli said in defence of his teams total. We didnt hit the areas, (gave away) too many boundary balls we just didnt bowl enough slower balls.

Chennai were effective with the slower balls after Kohli won the toss and opted to bat first. Fast bowler Sam Curran (3-19) deceived Aaron Finch (15) with a slower bouncer and the Australian skied an easy catch in the covers.

Faf du Plessis continued with his brilliant catching in the outfield this season when he relayed a catch to Gaikwad after tumbling over on the edge of the boundary to dismiss Devdutt Padikkal (22) soon after the batting powerplay.