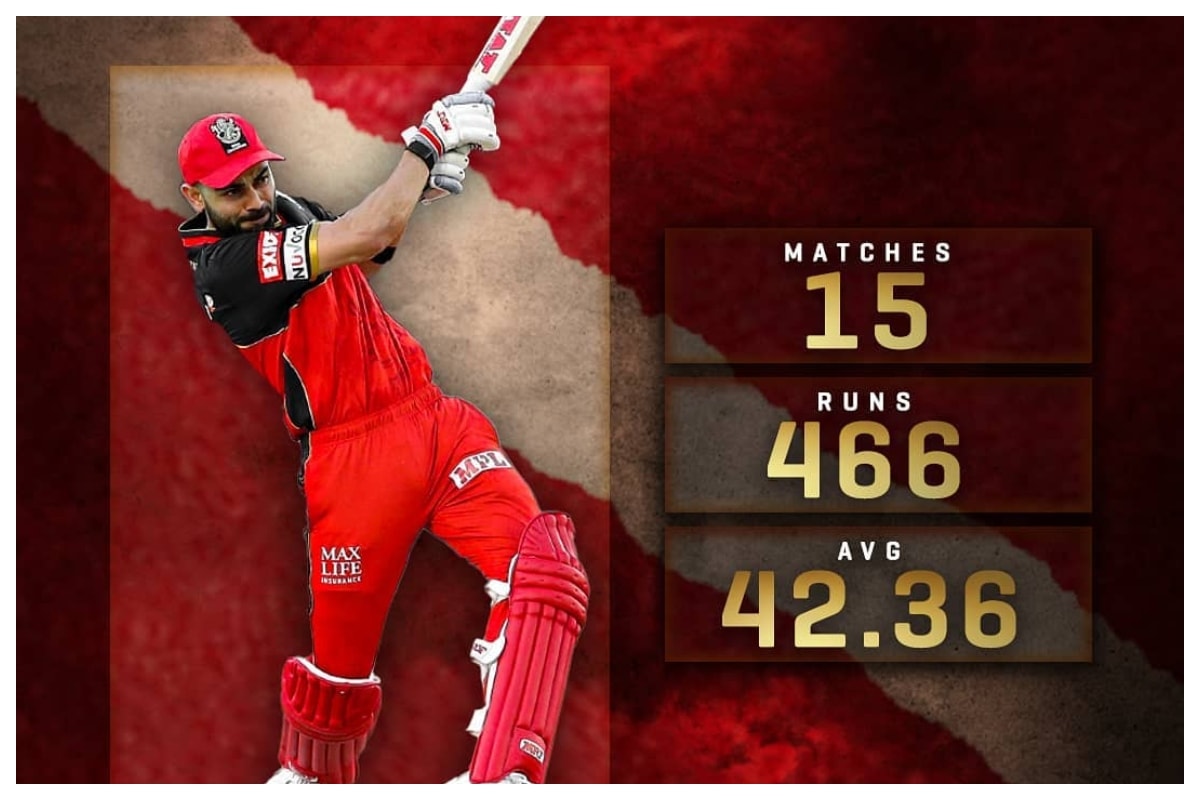 Although Royal Challengers Bangalore were eliminated from the playoffs in IPL 2020 after losing to Sunrisers Hyderabad, they had a decent season overall, having been in the top three positions for most of the tournament. Virat Kohli’s contribution was quite significant as he led the team from the front throughout.

At the start of the IPL season Kohli was struggling with his form and attracted a lot of criticism from analysts. But the Team India skipper fought against the odds to find his rhythm and once he got going it was difficult to stop him. He ended the tournament with 466 runs in 15 matches at an average of 42.36. He smashed three half centuries and is likely to finish in the top 10 highest run scorers in this edition of the IPL. That should be enough to silence the critics.

This is the third time in a row that Kohli has finished the season with more than 400 runs. His team RCB shared a picture to hail the captain.

A post shared by Royal Challengers Bangalore (@royalchallengersbangalore) on Nov 8, 2020 at 10:29pm PST

“Captain Kohli finished his 3rd consecutive season with 400+ runs. How many runs would you wish for the King in 2021?” read the caption. Well, we will leave it to the fans to answer the question, but based on his past record, the answer would probably lie north of 400.

Surely Kohli would be disappointed with the outcome this year, especially in the last match in which his team could manage only 137 runs which SRH easily chased. He himself got out at just six runs as the rest of the team withered away. Kohli and RCB can still away the positives and come stronger the next season.