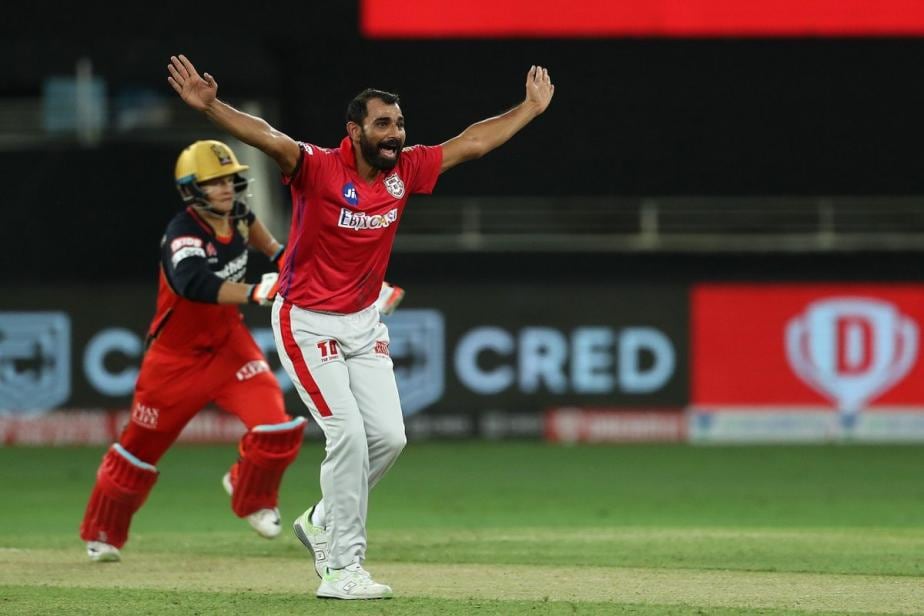 Shami believes there is a great understanding between the players in Kings XI which in turn has helped them to perform well as a unit.

Indian fast bowling spearhead Mohammad Shami has been a standout performer for the Kings XI Punjab so far in the ongoing edition of the Indian Premier League (IPL). With eight wickets in four matches -- having best figures of 3/15 with an impressive economy rate of 7.86 -- Shami currently holds the Purple Cap holder.

Shami believes there is a great understanding between the players in Kings XI which in turn has helped them to perform well as a unit. Although, the team has managed to win just one game out of the four they have played so far, the performance from the Punjab-based franchise has been praised by many.

"I have played with KL (Rahul) and I have worked with Anil (Kumble) sir for a long time. And I believe that it gets easier for a captain to manage a player if you have that understanding from a long time," Shami said while speaking on Amstrad Face 2 Face cricket series.

"And there are many players who have known each other in the squad. You just have to tell them once and they understand what they are trying it. This has helped us perform well as a unit and one person has to come out as a leader and Rahul is the perfect man for it. He is our keeper also which allows him to have a clear view of everyone," he added.

Speaking about his time away from cricket during the Covid-19 pandemic, he said: "For any athlete, this situation wasn't in our schedule and it wasn't even in our hand. As far as the Indian team goes, our schedule is pretty hectic throughout the year. We have back to back tours and we hardly get 10 days in between two tournaments."

He further spoke about his time practising alone and now for a month in United Arab Emirates (UAE). "When the lockdown started, I took 20-25 days off, but I pushed myself to utilise all the things I had which were needed for practice. Even though it gets a bit boring to practice alone but luckily I had my friend and my brother for the practice. The practice during the lockdown and a month of practice in UAE helped me keep the momentum."

Commenting on the factor of getting back in the rhythm, the right-arm pacer said, "The most difficult thing for a sportsperson it to maintain their weight and fitness levels which becomes very crucial to handle. I am very happy that I have been able to utilise what I got from cricket to keep myself in good shape."

When asked about Virat Kohli's role in promoting Team India's current pace attack, Shami was all praise for the skipper and said, "I think in international cricket, fast bowlers would definitely perform well when they have the backing from the captain and he is one such personality."

"Virat loves to take on a challenge. He is clear with what he wants and he gives us the freedom to play to our strength and backs us with our decisions as well which has helped us perform better."

He further went onto speak about the current pace attack of the national side and said: "The biggest factor is the culture of motivation and fitness in the team. We have a unit of six-seven fast bowlers who have been playing since the last five years and no matter whom you choose they will give their 100 per cent."

"If we keep on building this culture it is going to hugely benefit the junior levels. This is the basic reason that the reserve fast bowlers, U-19 ones everyone is showing great quality," he added.