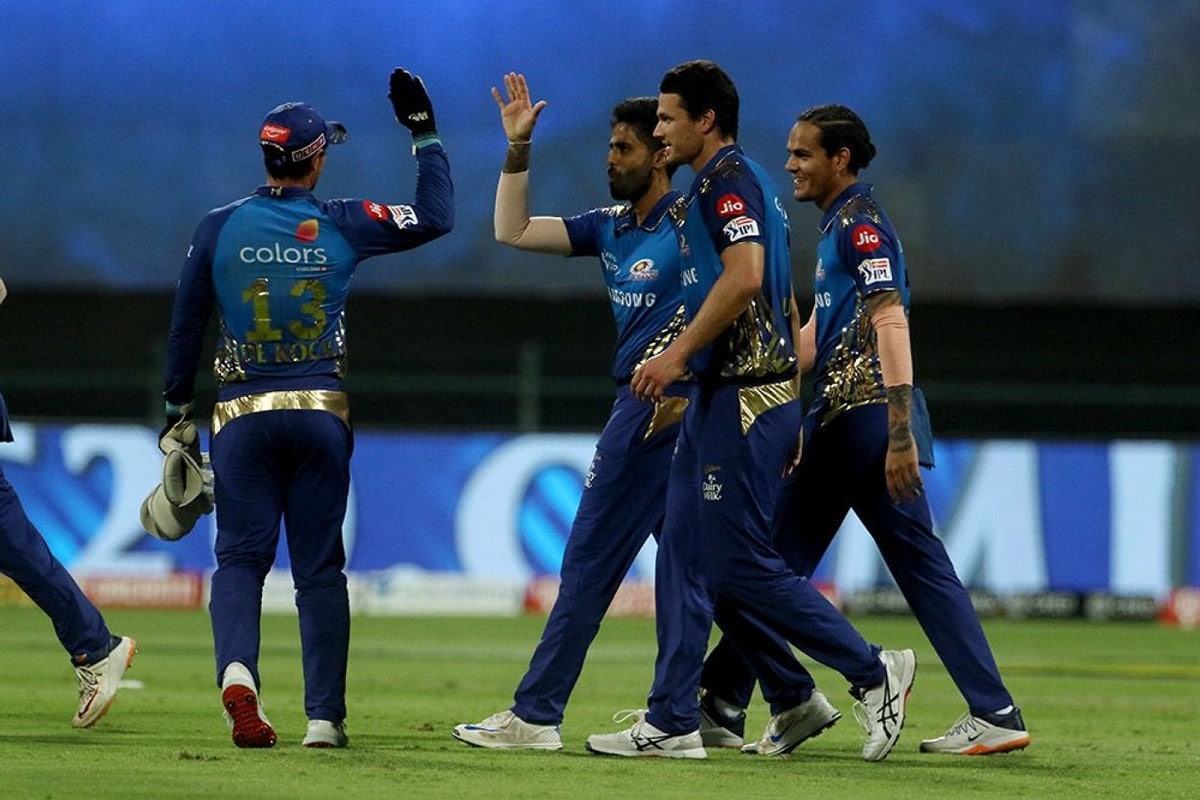 KKR's newly appointed captain, Eoin Morgan won the toss and opted to bat first. The Kolkata-based side got off to a slow start against the reigning champions at the Sheikh Zayed Stadium.

Boult, who has claimed 12 wickets in the IPL 2020, came into the match needing one wicket to reach a milestone and he managed to achieve that after Surya's stunner helped dismiss Kolkata Knight Riders opener Rahul Tripathi.

In the final delivery of the third over, Tripathi cut Boult's short pitch delivery, but Suryakumar at backward point with very little time to react took a sensational catch. And as the cherry on top of it, the dismissal meant Boult got his 50th wicket in the IPL.

Pat Cummins (53 not out) and newly appointed Kolkata Knight Riders captain Eoin Morgan (39 not out) dragged the team to 148/5 after a clinical Mumbai Indians (MI) dismantled the top half of the KKR batting lineup within the first 11 overs for just 61 at the Sheikh Zayed Stadium on Friday.

MI pacers Trent Boult (1/32), Jasprit Bumrah (1/22) and Nathan Coulter-Nile (1/51) all took a wicket each while spinner Rahul Chahar (2/18) took two wickets off consecutive balls in the eighth over.

It was Cummins and Morgan's partnership that took the tottering innings close to the 150-run mark. The pair put up 87 for the sixth wicket.