IPL 2020: We Were 20 Runs Short, Says Virat Kohli After Five-Wicket Loss to MI

RCB skipper Virat Kohli said they were 20 runs short on a pitch which became easier for batting as the game progressed. 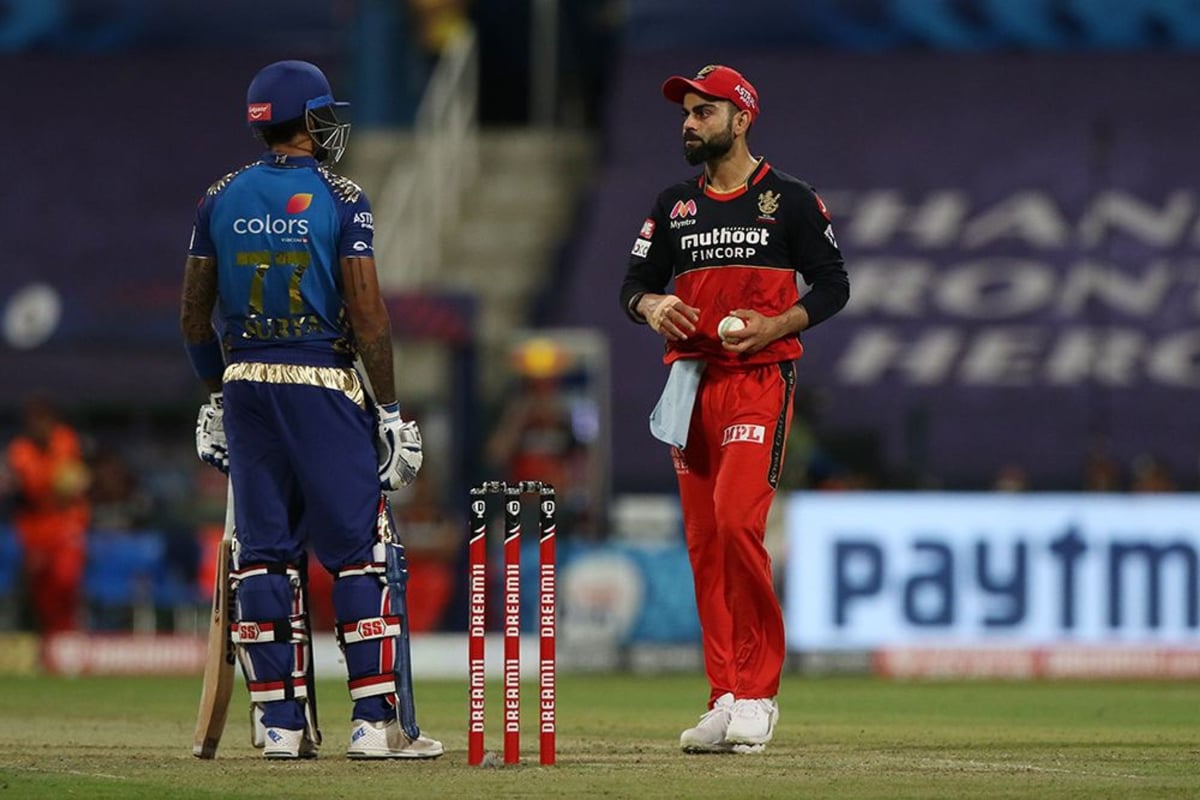 Royal Challengers Bangalore slumped to five-wicket loss against Mumbai Indians at the Indian Premier League in Abu Dhabi. After the loss, skipper Kohli conceded that they were in the game by 17th over and lost the plot after that.

"It was a strange phase of batting (the last five overs of the RCB innings). Everything went to the fielders and these kind of things happen. They bowled in good areas in the last 5 overs and stopped us 20 runs short. We were in the game until the 17th over and that was a decent effort by our bowlers," he said.

"It's basically up to the gut of the captain and the conditions, we thought Dale and Morris for initial swing, and Washy in the powerplay. We needed a few wickets there, but their batsmen did a good job. This is always going to happen - some teams peak early and some do better later. As we can see, the teams in the lower half are turning out some really good performances now. When it's a top-two clash, it will always be intense and in a competition like the IPL, you can't expect any team to back down and be blown away."

Earlier in the night, Jasprit Bumrah led the way with three wickets as Mumbai Indians (MI) restricted Royal Challengers Bangalore (RCB) to 164/6 wickets despite the latter looked set for a bigger total before the start of the 'death' overs on Wednesday. Bumrah took three for 14 runs as RCB went from 131/3 to 139/6 between the 16th and 18th overs.

RCB were put in to bat after MI won the toss and were off to a strong start with openers Devdutt Padikkal and Josh Philippe putting up a partnership of 71 runs in 47 balls. Padikkal then struck up useful partnerships with RCB captain Virat Kohli and AB de Villiers but the team went into a tailspin after the latter's dismissal.

de Villiers looked like he is on his way to a big score before MI's stand-in captain Kieron Pollard dismissed him in the 16th over. Bumrah was then brought back for the 17th and the over ended up being a double-wicket maiden as he got Shivam Dube and the big wicket of Padikkal in the over. Boult then dismissed Chris Morris in the 18th over after which Gurkeerat Mann Singh and Washington Sundar took RCB beyond the 160-run mark