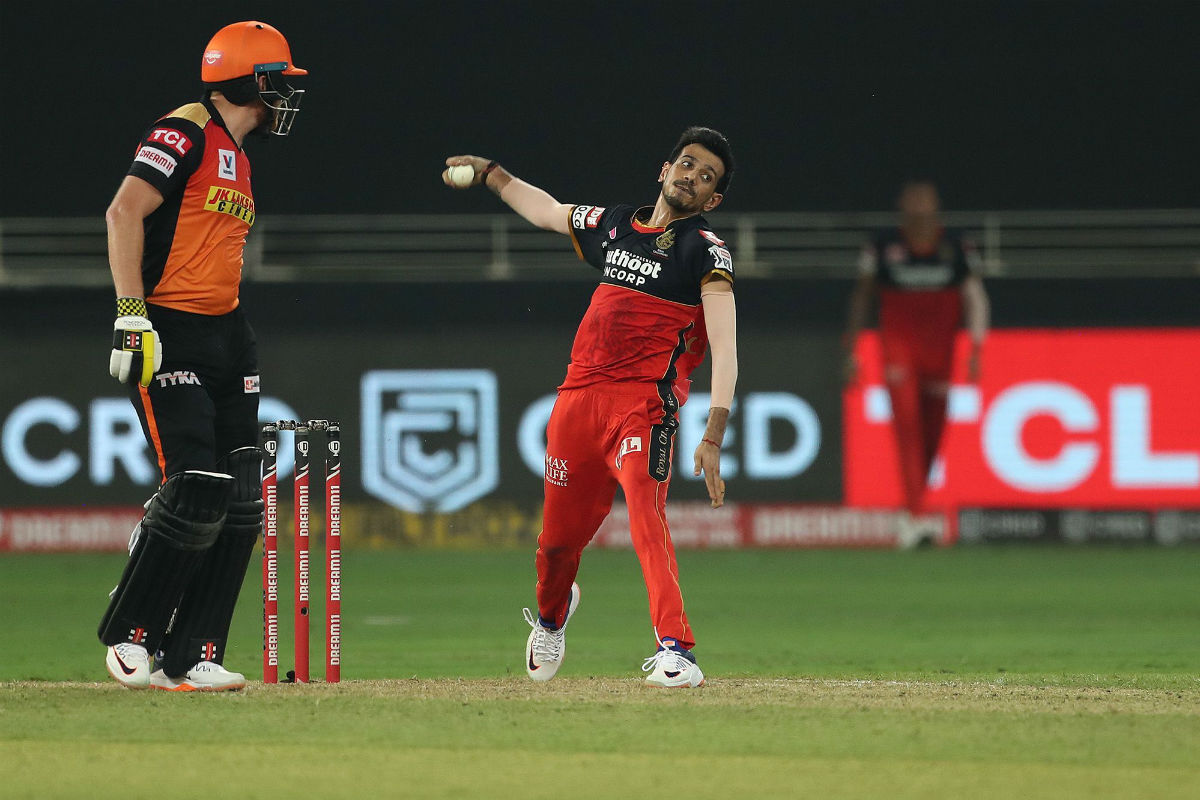 The third game of the Indian Premier League 2020 tournament concluded with a win for the Royal Challengers Bangalore in their season opener against Sunrisers Hyderabad.

Virat Kohli led RCB defeated the Hyderabad outfit by 10 runs on Monday at the Dubai International Stadium. Batting first, RCB set a decent target of 164 with brilliant knocks by Devdutt Padikkal (56 off 42 balls) and AB de Villiers (51 off 30 balls). Chasing the target, the Sunrisers at one point looked in quite a comfortable position with 121 for 2, owing to the partnership of Jonny Bairstow and Manish Pandey. But after their wickets fell, SRH suffered a dramatic batting collapse.

On a track where fast bowlers were getting hammered to all corners of the ground, Yuzvendra Chahal’s spell proved decisive in SRH’s batting collapse, resulting the Hyderabad team to lose 8 wickets for 32 runs.

After dismissing Manish Pandey in his first spell of three overs, Chahal returned in the 16th over to scalp both Jonny Bairstow and India all-rounder Vijay Shankar’s wickets in back-to-back deliveries to bring RCB back into the game.

Chahal revealed that Virat Kohli and AB de Villiers had come up with that plan for Vijay Shankar.

“When I bowled my first over, I realised I need to bowl stump-to-stump line and back myself. At one point they were batting well, and I was trying to bowl loopy ones and wide of the reach which helped in building pressure,” he said.

Chahal added that when he bowled to Pandey, he thought about going outside off-stump with that field, but ended up bowling within the stumps. For Bairstow, he bowled little fuller and outside leg.  However, when Vijay came on the crease, Virat and AB told Chahal to go for a googly. We all know how well it worked!

Chahal was given the Man of the Match award for his performance as he ended with figures of 3-15.