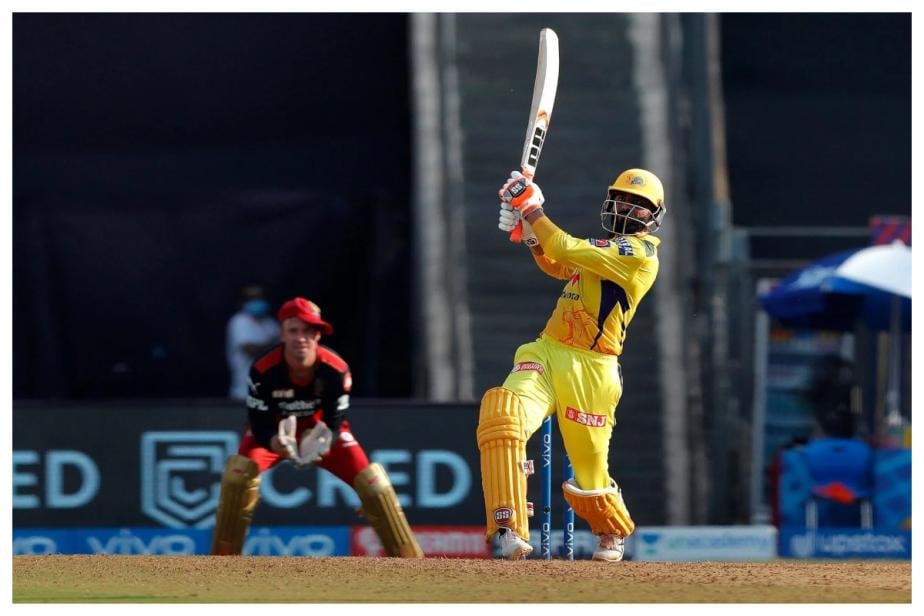 The emergence of Ravindra Jadeja the finisher and Axar Patel the master restrictor and their respective comebacks in the IPL augurs well for India with the World T20 scheduled to take place in the country later in the year.

They are very similar in what they do for a living. They are also excellent in their craft and have made a fantastic return to top-grade cricket. Left-arm orthodox bowling all-rounders – Ravindra Jadeja and Axar Patel have made a strong statement in IPL 2021 with two brilliant performances on the same day – the 25th of April. While Jadeja broke a few records smashing the best bowler of the tournament for 37 in an over against the Royal Challengers Bangalore, Axar was the most restrictive bowler for the Delhi Capitals in their clash against the Sunrisers Hyderabad.

Jadeja has been a revelation for India and CSK since 2020. He was always a useful cricketer who chipped in with vital contributions with the bat and ball and on the field. But from a ‘bits and pieces’ all-rounder, as a famous cricketer described him, Jadeja has brilliantly transformed himself into a match-winner – with the bat and the ball. He was always a master restrictor with his accurate slow left-arm orthodox and also chipped in with crucial wickets. What has changed is his ability to provide the flourish with the bat at the death. Jadeja is the new finisher for CSK and for India which only adds to the list already comprising Rishabh Pant and Hardik Pandya.

Jadeja missed the entire home series against England due to a thumb injury but has made his presence felt immediately for CSK in IPL 2021. Batting at number 6, he hammered 26 off just 17 deliveries in the team’s season opener against a formidable bowling attack of the Capitals. He was then phenomenally restrictive against Punjab Kings giving away just 19 runs in his 4 overs bowling as many as 14 dot deliveries. He also affected the run-out of the IPL run-machine KL Rahul. Jadeja picked two huge wickets of Jos Buttler and Shivam Dube in the same over against the Royals – this triggered a collapse and from a position of strength the Royals lost all momentum and CSK had the upper hand for the rest of the match.

Jadeja smashed a six off the only ball he faced against KKR and was again very economical giving away just 33 runs in 4 overs when the asking rate was around 11. The star all-rounder had saved his best for the Challengers. He blasted a breathtaking unbeaten 62 off 28 deliveries (including 37 of the final over from Harshal Patel) taking CSK from what would have been a par-score to a match-winning one. Jadeja then broke the backbone of the RCB chase running through their middle order getting rid of Washington Sundar, Glenn Maxwell and AB de Villiers in three successive overs – changing the match on its head and effectively sealing the encounter for his team. He returned with 3-13 in 4 overs which included a maiden and had won the match with the bat and ball for CSK in what was a stupendous all-round effort.

Jadeja transformed himself into a lower-order finisher in limited overs cricket delivering consistently from IPL 2020. He smashed 232 runs in 14 matches at a strike rate of 171.85 for CSK last year in the UAE. His strike rate in the previous two editions was around 120. While for India, the biggest change for Jadeja- the batsman, was seen in Test cricket, he produced a few cameos in 50-over and 20-over cricket too. Batting at number 7, he smashed a 50-ball 66 in the third ODI in Canberra before hammering an unbeaten 44 off just 23 deliveries in the first T20I at the same venue in December 2020.

IPL 2021: Ravichandran Ashwin Withdraws from League to Support Family in Fight Against Covid-19

It has been a similar story for the other left-armer, Axar Patel. Axar filled in the shoes of Jadeja and came out with flying colours in the Test series against England returning as the second-highest wicket-taker with 27 scalps from just three matches. He was in quarantine after being tested positive for Covid-19 just before the start of the season. But that did not break his spirit and resolve as the left-arm tweaker picked two big wickets in the 17th over against the Sunrisers making a huge impact in what was his first match of the season. Axar saw the back of Abhishek Sharma and Rashid Khan off consecutive deliveries tilting the balance of the match in the favour of the Capitals. He was as restrictive as ever and conceded just 26 runs in his 4 overs – making him the most restrictive of the Capitals’ bowlers on the day.

Accuracy, discipline and economy are Axar’s quintessential qualities in limited-overs cricket and he has been very restrictive in the last couple of seasons too. The left-armer had an economy rate of 6.41 in 2020 and 7.13 in 2019.

India has much to gain with this new avatar of Jadeja – the lower-order hitter and with the re-emergence of Axar, they have the option of two wicket-taking, partnership-breakers and master-restrictors in the middle overs who can even bowl in tandem and create havoc on the opposition line-up.

How they perform for the rest of the season will not only have an impact on the fortunes of CSK and DC in the ongoing IPL but have a direct bearing on India’s chances of winning the prestigious trophy later in the year.