Back to News18
Home » Cricket Home » News » IPL 2021: Chennai Superkings' Imran Tahir has Got a New Hairdo; Fans Love It

IPL 2021: Chennai Superkings' Imran Tahir has Got a New Hairdo; Fans Love It 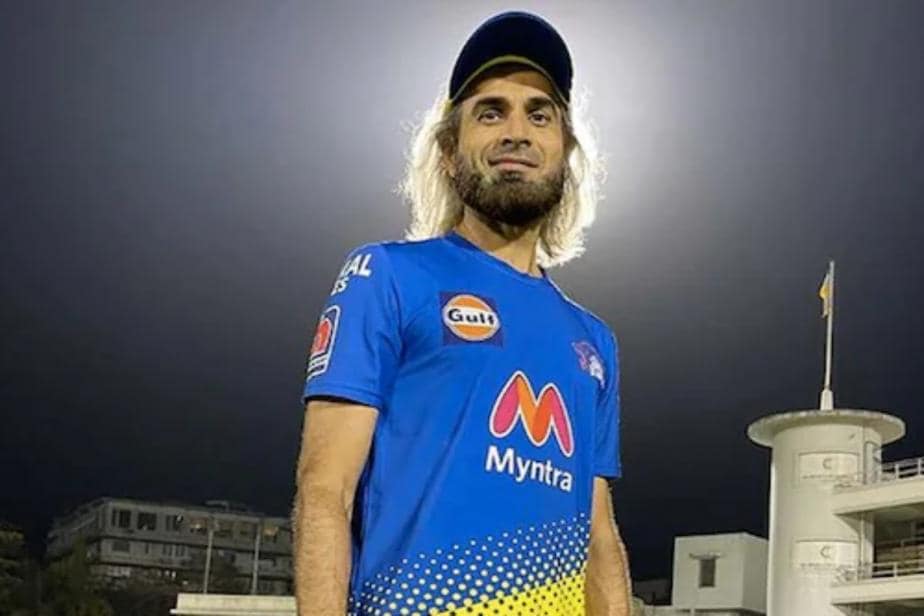 CSK fans are fond of Imran Tahir and no surprises they loved the 'Lion Look' donned by Tahir.

South Africa’s Imran Tahir has been a huge hit among Chennai Superkings fans. Be it his celebration where he runs around the park or his innate ability to take wickets against the run of play, he is loved by everyone. Now they have a new reason to love him even more. ‘Immy Bhai’ has got a new hair-style. Check it out yourself.

Imran Tahir legit looking like a lion, he contains the real CSK spirit within him.

Saw him bowling yesterday during the CSK training live stream and seems to be ingreat touch. Hope he goes on to perform well and deliver, whenever called upon!

Saw him bowling yesterday during the CSK training live stream and seems to be ingreat touch. Hope he goes on to perform well and deliver, whenever called upon! Raising handsYellow heart

Meanwhile the IPL 2021 is about to kick off on Friday and three-time champs Chennai Super Kings will open their campaign against Delhi Capitals on Saturday. Ahead of the match, CSK chief chief executive Kasi Viswanathan spoke to Indian Express, in an interview about MS Dhoni’s future and also Cheteshwar Pujara.

He made it clear that this season is not going to be Dhoni’s last by any means. “See, I don’t think it is going to be his final year. This is my personal view and I don’t think we are looking at anybody now.”Speaking about two other important Chennai players — Ravindra Jadeja and Suresh Raina, he said, “See, Jadeja has been cleared by the NCA. He has joined our team for practice. He is looking good. He is working hard. And we are hoping that he will be fully fit by the time the IPL starts.

“He (Raina) played the Syed Mushtaq Ali Trophy. After that he has been practicing. He didn’t want to play a 50-over tournament (Vijay Hazare Trophy). (But) he has been practicing with us also for the last 10 days. He is very keen to do well. See, a player of his calibre who has done so much for CSK as well as the highest run-getter in the IPL for a period of the last 10-12 years (before Virat Kohli overtook him), he is very keen to prove himself.”