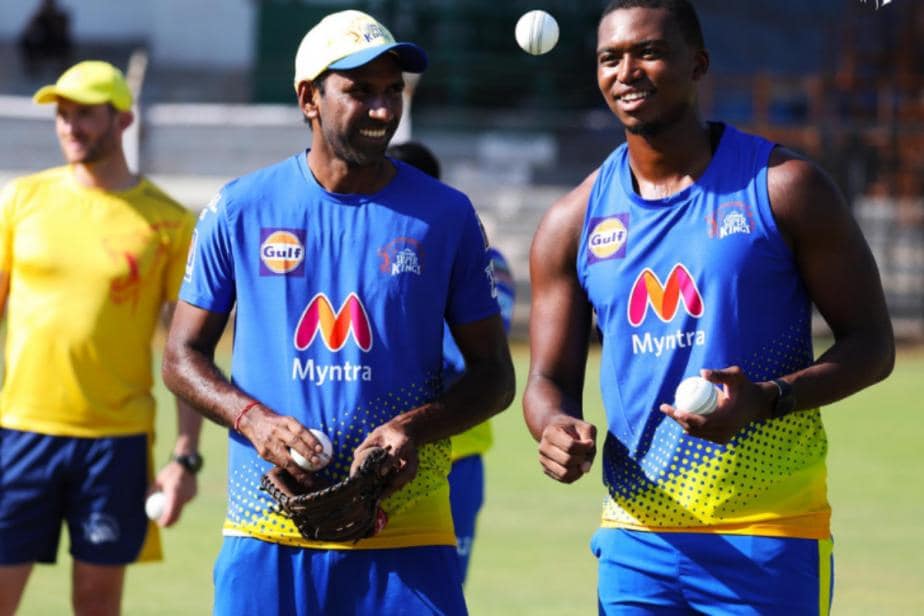 Chennai Super Kings' bowling coach L Balaji and their bus cleaner have tested positive for COVID-19 in the latest reports that have come in on Monday evening.

Chennai Super Kings’ bowling coach L Balaji and their bus cleaner have tested positive for COVID-19 in the latest reports that have come in on Monday evening. ANI reported that the team’s training session  in Delhi has been called off as a precautionary measure.

It was reported in the morning that Balaji, the bus cleaner and CSK CEO Kasi Viswanathan turned positive results for COVID tests. The trio took a rapid antigen test on Monday morning, which turned out negative results. However, the latest reports, believed to be RT PCR tests, have turned positive for two of them.

Hospital Visit in ‘Green Channel’ the Reason for Bubble Burst?

The rest of the CSK squad members have turned negative results. Balaji, though, was in the dug out during CSK’s match against Mumbai Indians on Saturday.

CSK are second in the points table and last played a game on Saturday. They are scheduled to take on Rajasthan Royals in their next match on Wednesday. It remains to be seen if that game will go ahead. The RCB vs KKR match for Monday night has been rescheduled.

“Varun Chakaravarthy and Sandeep Warrier were found to be positive in the third round of testing in the last four days. All other team members have tested negative for COVID -19,” IPL said in a media release on Monday.

“Both the players have isolated themselves from the rest of the squad. The Medical Team is in continuous touch with the duo and are monitoring their health.

“The Medical Team is also determining the close and casual contacts of the two positive cases during the 48 hours prior to collection of the sample that returned the positive test results.

“Meanwhile, the Kolkata Knight Riders have now moved towards a daily testing routine to identify any other possible cases and treat them at the earliest.

“The BCCI and the Kolkata Knight Riders prioritise the health and safety of everyone involved and all measures are being taken in that endeavour.”