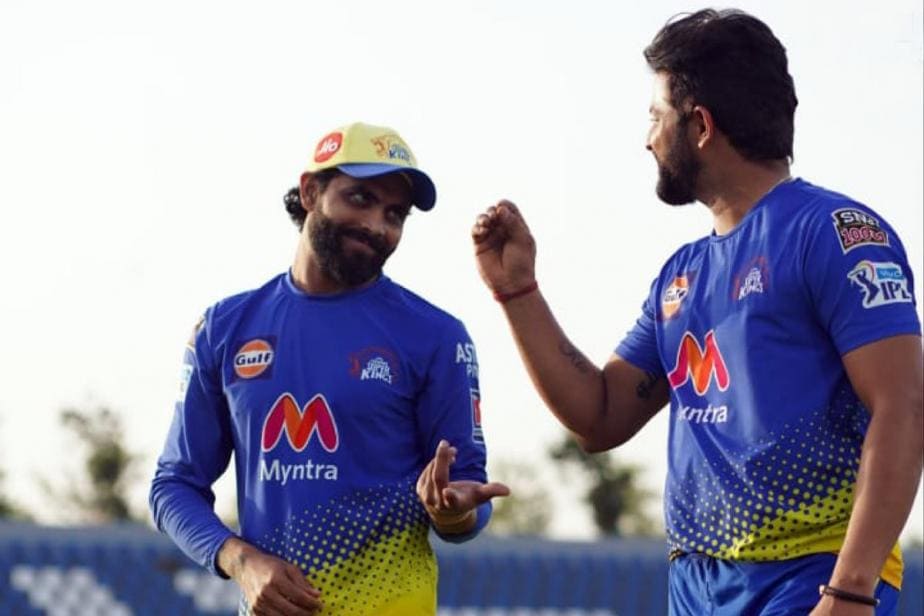 The Indian Premier League (IPL) is around the corner with just a few days remaining and three-time champions Chennai Super Kings are all set for business ahead of their first game of the season against Delhi Capitals on April 10 at the Wankhede Stadium in Mumbai.

CSK are currently practicing in Mumbai and all the players are getting a hang of the team as they aim to better last year’s seventh-place finish, which is their worst in the history of the IPL. Chennai had managed to win just 6 games and lost eight as they finished outside the playoffs for the first time in 13 years.

However, they will be boosted by the return of Suresh Raina and Ravindra Jadeja recovering from an injury. The two form an integral part of the CSK line-up and were seen in a light mood on Sunday. CSK’s Twitter profile also posted a photo of the two and captioned it,”Chinna Thala.. Periya Manasu! 8 and 3 ready to take the 11 on the other side! #Yellove #WhistlePodu @imjadeja @ImRaina.”

Raina missed last year’s IPL in the United Arab Emirates because of personal reasons and that was a huge blow for the Men in Yellow as they struggled to score runs consistently. CSK’s top-order struggled to put up big totals with none of the youngsters grabbing the opportunities in Raina’s absence, barring Ruturaj Gaikwad. Not only the youngsters, the senior pros in Faf du Plessis, Ambati Rayudu and Shane Watson also failed to score runs consistently enough to keep CSK in the hunt for the top four.

This is where Raina’s presence will give much more comfort to MS Dhoni and company and they will hope he can steady the ship and score runs like he has been since forever for CSK. Jadeja, on the other hand, is returning from an injury that he picked up during the Test series in Australia which forced him to miss all of the England series.

However, CSK need to find a replacement for Josh Hazlewood, who backed out at the last moment because of personal reasons.

Earlier, CSK bought Moeen Ali and Krishnappa Gowtham from the auction and will be banking on their all-round abilities to clinch close games for them and return to the top of the pile like every year.