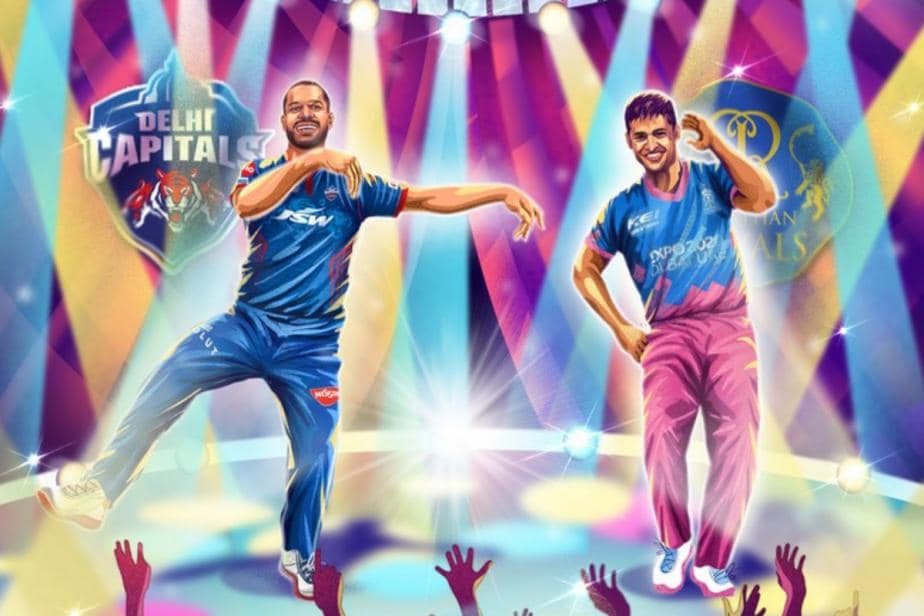 The Delhi franchise shared a funky poster on their official Twitter handle which shows their opener Shikhar Dhawan and RR’s Riyan Parag in dancing poses.

The much-awaited Indian Premier League (IPL) 2021 has kicked off. We have had a good dose of entertainment in the first few matches. Apart from the on-field action, we have also witnessed an engaging measure on social media by the eight franchises. They leave no stone unturned to keep their fan base engaged and updated with funny clips, videos which often leave fans in splits.

One such latest post was shared by Delhi Capitals (DC) ahead of their clash against Rajasthan Royals (RR) on Friday at the Wankhede Stadium in Mumbai. The Delhi franchise shared a funky poster on their official Twitter handle which shows their opener Shikhar Dhawan and RR’s Riyan Parag in dancing poses. Dhawan is known for his dancing skills and his equally famous signatory thigh-five celebratory move. While Parag is known to showcase a Bihu dance move to celebrate a win.

Along the colourful poster post, the Delhi based franchise termed both the sides as “Two all-singing- dancing teams,” and further added to be ready for “Thursday night dance-off” in the caption.

Check it out here:

Both sides will clash tonight in Mumbai in match no. 7 of the ongoing IPL 2021 tournament. Rishabh Pant-led DC opened their IPL campaign with a seven wicket victory against Chennai Super Kings (CSK). While, Rajasthan Royals narrowly lost by four runs chasing a massive total of 221 set by Punjab Kings (PBKS) in their season opening game at the same venue.

Shikhar Dhawan (85) and Prithivi Shaw (72) gave a good start, while the skipper closed the chase with useful 15 runs to take his side across the line against CSK. While for the Royals, skipper Sanju Samson playing a captain’s knock of 119 runs from 63 balls was close to win the match but a stunning last over from PBKS’ Arshdeep Singh was enough to make Samson’s century go in vain.