RCB will take on defending champions Mumbai Indians in the tournament opener to be played at the MA Chidambaram Stadium in Chennai on April 9. 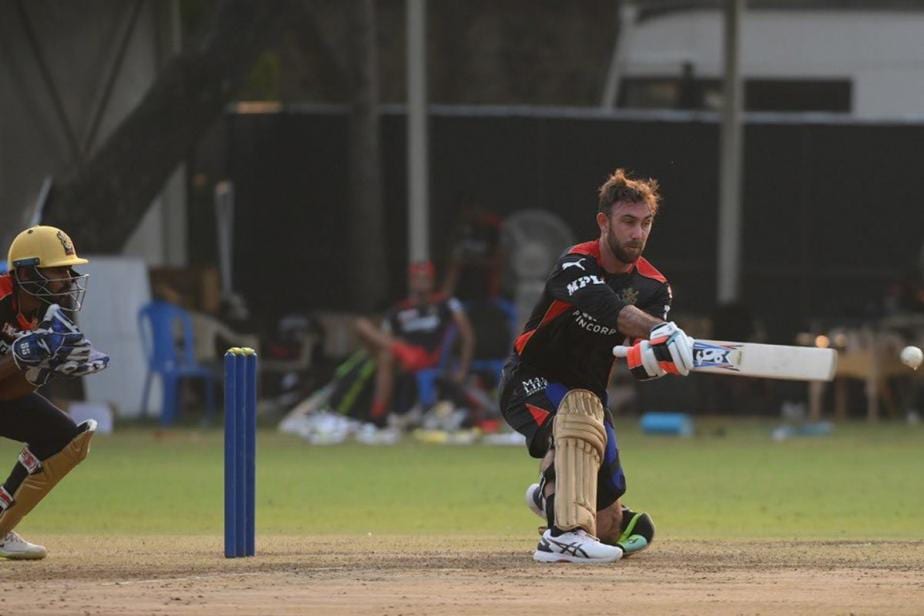 Australian all-rounder Glenn Maxwell is one of the most dangerous batsmen in the world right now. He showed what he is capable of in the 2014 Indian Premier League season when he amassed 552 runs in 16 matches at a strike rate of 187.75 for erstwhile Kings XI Punjab, now called Punjab Kings. However, he has not been able to replicate his form in the following years, having scored 1505 runs in 82 IPL matches at an average of 22.13. Last he failed to hit even one six and ended the season with just 108 runs in 13 matches. Despite his not so impressive record, Royal Challengers Bangalore shed some serious cash to rope in his services for the 2021 season. The Bangalore-based side paid a whopping Rs 14.25 crore after a bidding war with Chennai Super Kings.

On Tuesday, RCB’s official Twitter handle posted a picture of the dangerous Aussie donning the Red-and-black of RCB in what seems like a practice match. Visibly thrilled RCB fans then took it upon themselves to have a discussion on where the Aussie should bat once the season commences.

Open the innings with Virat Kohli

The most awaited pic of the season

The RCB fans would be hoping the Glenn Maxwell finally finds form, this season and he partners up with Virat Kohli and AB de Villiers to lead RCB to their maiden Indian Premier League title.

RCB will take on defending champions Mumbai Indians in the tournament opener to be played at the MA Chidambaram Stadium in Chennai on April 9.