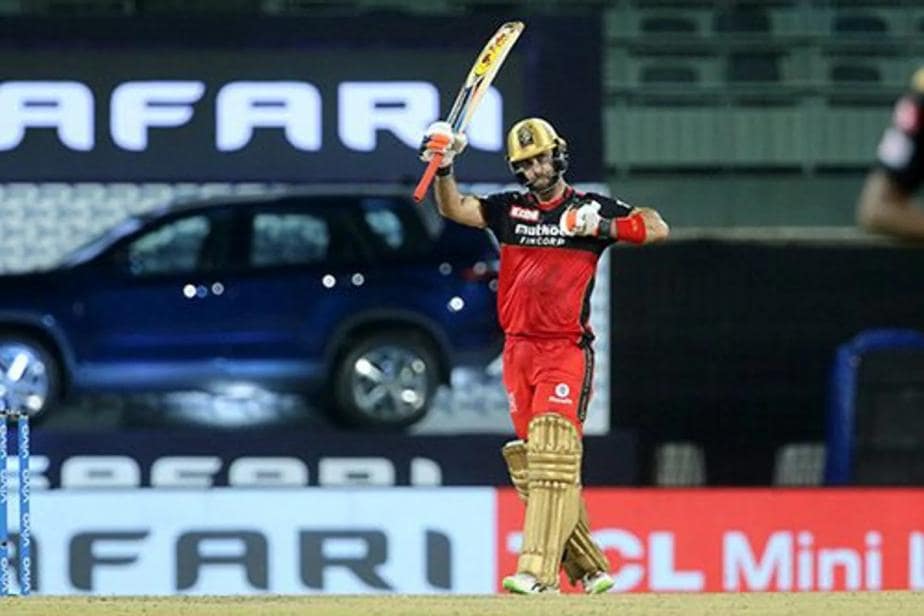 Glenn Maxwell has started the season with a bang for the RCB playing two crucial knocks in the middle order. This is in sharp contrast to his woeful form for the Punjab Kings in the UAE in IPL 2020.

How the fortunes change by just a change in jersey! That is exactly what has happened with the maverick Australian batsman – Glenn Maxwell between IPL 2020 and IPL 2021. A change in franchise from Punjab Kings to Royal Challengers Bangalore seems to have worked wonders for the destructive middle-order batsman as he hammered his first fifty in the IPL in five years. Maxwell’s brilliant 59 off 41 deliveries from number 4 on a slow and spinner friendly Chepauk wicket was worth its weight in gold and in the final analysis the innings that made the difference between the two sides today as RCB registered a splendid six-runs win over SRH.

Maxwell came out to bat at 47 for 2 in the 7th over and steadied the ship with a 44-run stand off 38 deliveries with skipper Virat Kohli. He got off to a cautious start scoring just 9 off the first 16 deliveries he faced but then got stuck into the slow left-arm orthodox of Shahbaz Nadeem hammering him for two sixes and a boundary in the 11th over. It was the turning point of the match.

Even though RCB kept losing wickets from the other end – Kohli exited in the 13th over, AB followed in the 14th, Washington Sundar in the 16th and Dan Christian in the 17th – Maxwell kept the scorecard ticking from the other. He pushed the assault to as late as possible and got a couple of boundaries of T Natarajan in the 19th before heaving Holder over mid-wicket for a massive six in the last over of the innings.

Maxwell was finally dismissed for 59 off 41 deliveries off the last delivery of the RCB innings – his strike rate of 143.9 was excellent given the slow nature of the wicket. The average strike rate of the rest of the RCB batsmen in the innings was a mere 101.27!

Maxwell had again scored at a rate higher than the match norm during his 28-ball 39 against Mumbai Indians also at Chennai in the season opener. The Australian has already blasted 5 sixes in the tournament. This is in sharp contrast to his numbers in the UAE in IPL 2020 where he did not hit a single maximum in the entire competition and could muster just 108 runs in 13 matches at a poor strike rate of 101.88 with no fifties. It was a shocking performance by one of the most destructive batsmen in international cricket.

Bought by RCB for a sum of INR 14.25 crore at the mini-auction in February, Maxwell has started the season living up to his name and billing! If he continues in the same vain 2021 could just be the year for Glenn Maxwell. And the RCB!