IPL 2021 - How the Big IPL Buys From Australia and New Zealand Are Faring Post The Auctions?

There was some big moolah offered to a few players from Australia and New Zealand in the mini-auctions of the Indian Premier League (IPL) 2021. While Kyle Jamieson was the second-most expensive player having been purchased by Royal Challengers Bangalore for INR 15 Crore, Glenn Maxwell (INR 14.25 crore) and Jhye Richardson (INR 14 crore) were the biggest Australian buys at the auctions. 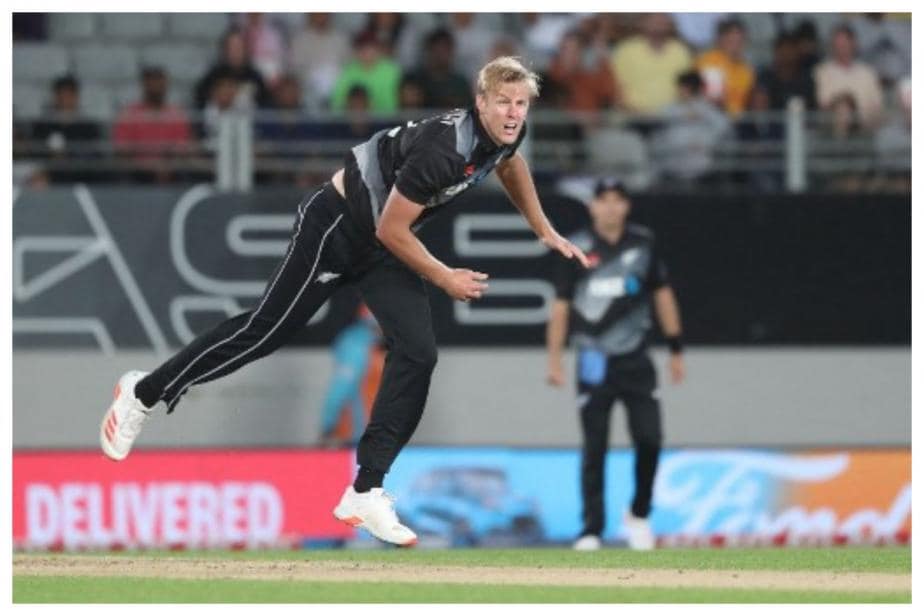 There was some big moolah offered to a few players from Australia and New Zealand in the mini-auctions of the Indian Premier League (IPL) 2021. While Kyle Jamieson was the second-most expensive player having been purchased by Royal Challengers Bangalore for INR 15 Crore, Glenn Maxwell (INR 14.25 crore) and Jhye Richardson (INR 14 crore) were the biggest Australian buys at the auctions. There were also some other players from these great Trans-Tasman rivals who were bought by the various franchises.

How have these players performed in the ongoing T20I series underway in New Zealand. While only a couple of matches have been played so far it gives us a good indication of what may lie ahead for these players.

From the high of becoming one of the most sought after buys in the auction of IPL 2021, Kyle Jamieson has come down to reality after being smashed around the park both at Christchurch and Dunedin by the Australian batsmen. Jamieson has been the most expensive New Zealand bowler in both the encounters and his figures might be a cause of worry for RCB even more than the national team itself!

Jamieson was hammered for 32 in 3 overs at Christchurch conceding three fours and two sixes in his spell. He was then taken to the cleaners at Dunedin going for as many as 56 runs in his 4 overs without taking a wicket. He was blasted for 4 fours and as many maximums.

Jamieson was picked on the basis of his wicket-taking prowess across formats. He has picked 55 wickets in 40 T20 matches at a strike rate of 15.9 but could muster just one wicket across the two matches. Did RCB pay too much for the New Zealand fast bowling all-rounder?

James Neesham might just turn out to be a great buy by the Mumbai Indians. Purchased at a price of just INR 50 Lakh, the New Zealand all-rounder scored 26 off 15 deliveries at Christchurch and followed that up with a sensational unbeaten 45 off just 16 deliveries in Dunedin. What was striking about his cameo at the University Oval was his clean hitting. Neesham smashed as many as 6 sixes in the knock and was the difference between a par score of 180 and a winning one of above 200.

Neesham has a strike rate of 160.5 for New Zealand in T20 cricket. Neesham also showed his all-round abilities with a match-winning over with the ball in Dunedin. He helped the home team defend 15 in the final over getting rid of the dangerous and set Daniel Sams and Marcus Stoinis handing New Zealand a thrilling four-run victory.

Jhye Richardson has been Australia’s best bowler in the two defeats at Christchurch and Dunedin. He picked the wicket of Tim Siefert with the new ball and later returned to see the back of James Neesham at the death just before the New Zealand all-rounder could explode. He bowled as many as 10 dot deliveries and conceded just 31 runs in his 4 overs in the series opener. He was again the most restrictive Australian bowler in the high-scoring second T20I at Dunedin conceding at a rate lower than the match norm.

Richardson, who was bought by Punjab Kings for INR 14 crore might just be the bowler of IPL 2021! He was the leading wicket-taker of the 2020-21 Big Bash League with 29 wickets in 17 matches at a brilliant economy rate of 7.69.

Glenn Maxwell’s performance in the first two matches against New Zealand will be giving nightmares to the RCB camp back in India. The franchise has spent INR 14.25 crore on the swashbuckling Australian batsman but he hasn’t had a great start in the T20I series. Maxwell was dismissed by Southee for a solitary one off five deliveries in Christchurch and was then sent packing by Santner for 3 off 5 deliveries in Dunedin.

Maxwell had a horrendous IPL 2020 in UAE and needs to deliver big time this season. He could muster just 108 runs in 13 matches at a strike rate of 101.88 not even managing to hit a single six in the entire competition last season.