IPL 2021: I Like The Competition & It Pumps Me Up: Mayank Agarwal

The flamboyant Mayank Agarwal talks about how the competition for the opener's slot inspires him, his partnership with KL Rahul for Punjab Kings and how a good outing in the IPL goes a long way in defining a player's career. 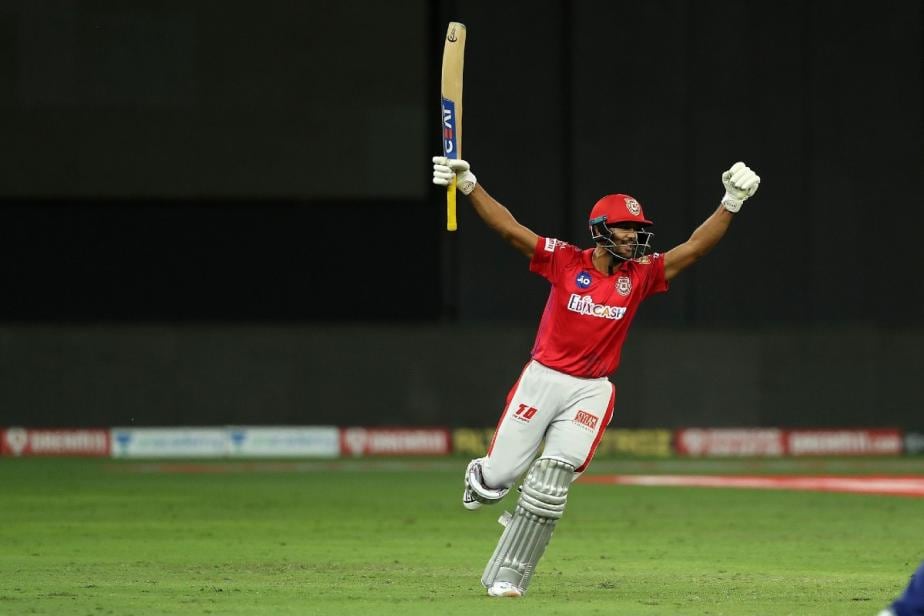 Mayank Agarwal is one of the most talented and destructive batsmen in the Indian circuit. He had a great run in the previous edition of the IPL – in 2020 in the UAE aggregating 424 runs in 11 matches for the Punjab Kings at an average of 38.54 and strike rate of 156.45. His exploits included one hundred and a couple of fifties. However, with competition for the opener’s slot and a lot of choices for the role, Agarwal has since found himself in and out of the Indian XI across formats. He talks about how this competition for positions actually inspires him to deliver his best and how a good showing in the IPL goes a long way in defining a player’s career.

IPL 2021: I Am Not A Power Hitter But You Can Score Runs By Playing Cricket Shots: Pujara

Agarwal said he was happy that the IPL was returning to India and he had been working hard on his fitness.

“It is wonderful that the IPL is back in India. Although we will miss the crowd, playing in India will be thrilling. I have been working hard on my fitness and skills in Bengaluru. The T20 format demands top fitness and sharp skills. Once we hit the nets, we will be in the groove. In the last IPL, I did well. I hope to make the most of the chance this season too. Every year IPL provides a big stage for cricketers to showcase talent; my eyes are also fixed at doing well for Punjab Kings.”

When asked whether a good outing in the IPL helps in getting a berth for the World T20 in October, Agarwal replied, “IPL is a long tournament with so many matches. I will look to make the best use of opportunities and let my performances help my team win the title. A good show in IPL always works wonders. As far as the T20 World Cup goes, I am not thinking about it. It is still quite far. But yes, I would like to make an impression.”

Agarwal stated that he was thrilled to see the Indian team’s form and results in Australia and in the home series against England. He added that the competition for the opener’s slot only spurred him on to produce his best.

“It is fantastic to see the team doing so well in all formats. Actually, I like the competition. It pumps me up, I’m more focused, raring to take up the challenges and better my performances. In the last two-three years, Indian cricket has gone upwards and I think it is in the most exciting phase at the moment. The competition makes me more determined to deliver.”

Agarwal was grateful to the Head Coach of the Punjab Kings – Anil Kumble for sharing his experience and invaluable inputs with the entire unit.

“It is not just me who looks up to Anil bhai for several reasons. He has a sharp cricket brain and knows exactly what he wants from me. I will be spending time with him in the nets ahead of matches. It becomes a bit easy when you have a coach like him, who knows your game well and also your potential. His inputs helped me do well last season. I hope this time too I am able to absorb whatever he has to say about my game.”

The stylish right-handed batsmen forms a formidable pairing with the IPL run-machine KL Rahul at the top of the order for Punjab Kings and is looking forward to playing with him at their hometown Bengaluru.

“Rahul is an incredible cricketer. His game makes scoring look very easy. It would be amazing to go out there and play together in Bengaluru. I have always enjoyed with him as my partner at the other end. This is the fourth year we will be playing for Punjab. Our friendship helps us gel on the field as we understand each other’s game well. I am hoping for another electric season for both of us.”

Agarwal added that consistency in the tournament will see Punjab Kings make that extra leap and qualify for the playoffs and maybe even see them lift their maiden title. The franchise started with a bang last season but then its performances started to taper down as the competition progressed.

“We missed qualifying for the playoffs last season by one victory. Punjab Kings need to be consistent and display a good brand of cricket to taste success. The team has been successful in clusters in the past, but we have lacked consistency.”