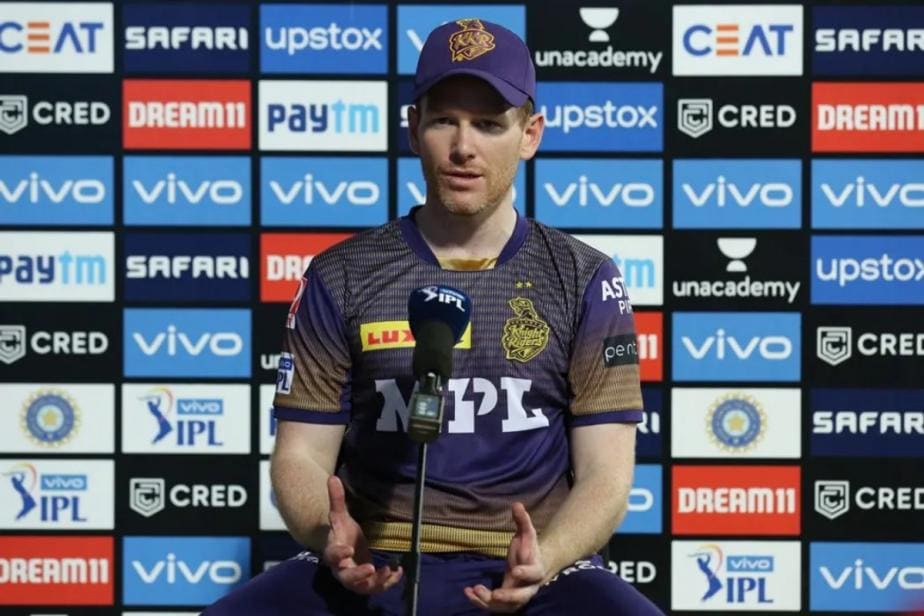 Kolkata Knight Riders were found guilty of maintaining a slow over-rate during their IPL 2021 match against Chennai Super Kings on Wednesday.

Kolkata Knight Riders captain Eoin Morgan has been fined Rs 12 lakh after his team was found to have exceeded the limit for completing 20 overs during their fourth match of IPL 2021, played against three-time winners Chennai Super Kings at the Wankhede Stadium on Wednesday.

“As it was his team’s first offence of the season under the IPL’s Code of Conduct relating to minimum over rate offences, Mr Morgan was fined Rs 12 lakh,” IPL said in a media release after the completion of the contest which KKR lost by 18 runs.

Morgan is the latest to have been issued the fine after Mumbai Indians captain Rohit Sharma and CSK skipper MS Dhoni. The IPL guidelines state that the captain of an erring team will be docked Rs 12 lakh if it’s the first slow over-rate instance.

For the second such breach, the fine for the captain swells to Rs 24 lakh in addition to each member of the playing 11 is fined 25 per cent of their match fee or Rs 6 lakh – whichever is less.

If the offense is repeated for the third time in a season, the captain will cop a fine of Rs 30 lakh and be banned for one-match as well. Additionally, each member of the playing 11 will pay Rs 12 lakh or 50 per cent of their match fee, whichever is lesser.

Whirlwind half-centuries from Pat Cummins and Andre Russell were not enough as KKR suffered a close 18-run defeat at the hands of CSK in their fourth match of the season. Chasing 221, KKR slumped to a low of 31/5 before Russell belted 54 off 22 and Cummins smashed an unbeaten 66 off 34 to revive their fading hopes.

In the end, the two-time IPL winners finished on 202-all out in 19.1 overs, suffering their third defeat of the season. KKR next face fellow-strugglers Rajasthan Royals on Saturday at the same venue.