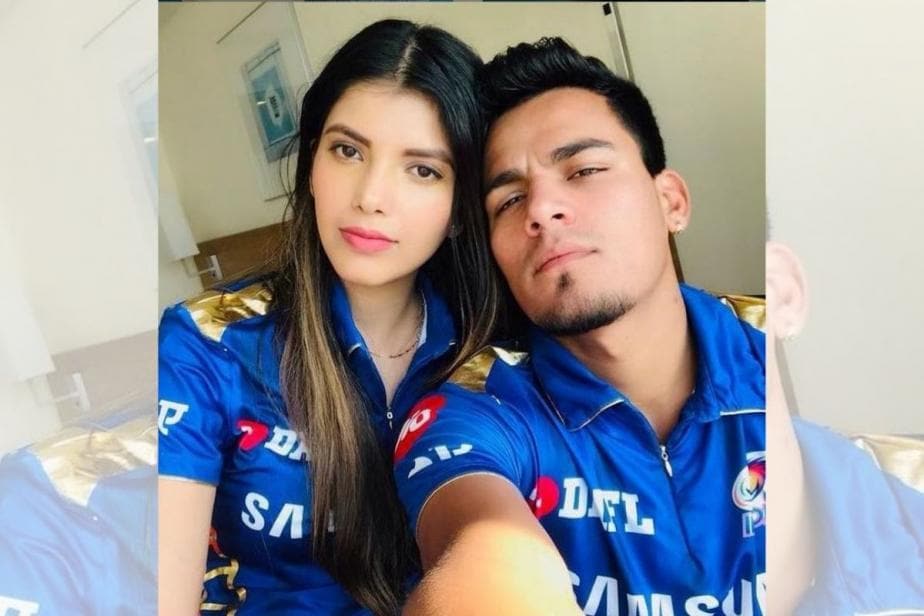 Apart from his wicket taking abilities, Rahul Chahar is know for his quirky hairstyles.

Rahul Chahar has been defending IPL champions Mumbai Indians’ most successful bowler so far with seven wickets in three matches. He has picked up wickets in crucial moments that has helped Mumbai Indians get back to winning ways this season. Chahar is only two wickets behind purple cap holder, Royal Challengers Bangalore’s Harshal Patel

Apart from his bowling, the 21-year-old is also known for his his unique hairstyle. On Monday, the MI leg spinner took to social media to disclose the person behind his unique hairstyle. it was none other than his longtime girlfriend Ishani, who he got engaged to late 2019. Using blue heart emoji he wrote: “Meet my Hairstylist”.

Rahul and Ishani have been together for a long time.

The 21-year-old was leg-spinner was recently praised by Mumbai Indians coach  Mahela Jayawardene for his ability to tweak his game-plan as per the batsman’s strategy.

“As a coach and as a management team, we are happy with his progress. He has developed intelligence. It is not just about skills. Having a game-plan and executing or changing it depending on what batsmen is doing [- he has that ability],” said Jayawardene while speaking to the media on Chahar’s ability to improvise.

“We are happy with the way he has come out. He is a leader in our bowling group, the spin department,” added Jayawardene

Rahul Chahar has been on the money picking wickets. It has been his bowling that has won MI their two previous matches. Against Kolkata Knight Riders, he took four wickets to derail them when they looked like they would overhaul MI target.

Then against SunRisers Hyderabad, he got important wickets to help his team win by 13 runs.

“Even in UAE, the last season he bowled well. He had his ups and downs. He wasn’t [initially] consistent in his execution. But every year we see improvement in Rahul. Mind you, he is still a young player. We feel he has been around for a long time but he is also learning,” said the former Sri Lanka skipper.