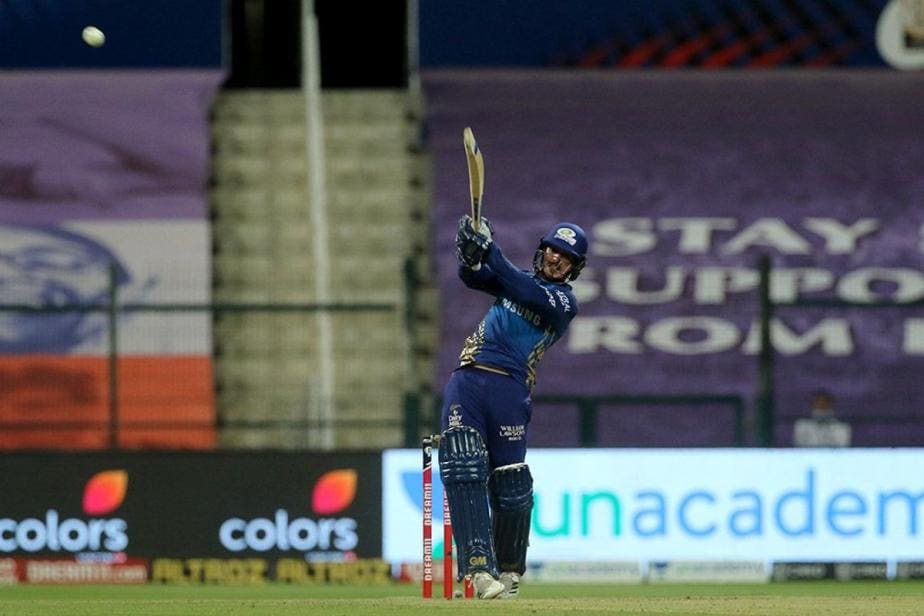 Mumbai Indians will in all likelihood draft in Quinton de Kock at the top of the order at the expense of Chris Lynn, who after a rusty start, hit a few mighty blows and came into his own against the Challengers.

Mumbai Indians will clash with Kolkata Knight Riders in a marquee encounter in Chennai on Tuesday, the 13th of April. The five-time champions lost the opening match of the tournament and may want to make a few changes in strategy and team composition. On the other hand, KKR would be thrilled with their win over Sunrisers at the same venue and are expected to field the same XI though with a few changes in the batting order.

Hardik Pandya may be promoted to number four to provide the impetus in the middle order which means that Ishan Kishan will be used as a floater in the XI. The veteran Indian leg spinner, Piyush Chawla might get a nod ahead of Rahul Chahar who was taken for aplenty in the tournament opener. Left-arm fast Marco Jensen will retain his place after an impressive performance in Chennai.

KKR are expected to field the same XI that beat the Sunrisers in Chennai but there might be a change in tactics. Shubman Gill is not delivering at the top of the order and might drop down a place to number 3. This would mean the in-form pair of Nitish Rana and Rahul Tripathi would open for KKR on Tuesday. Skipper, Eoin Morgan needs time to settle in before launching his A-game and needs to move to number 4.

Andre Russell and Dinesh Karthik can provide the firepower at 5 and 6. The bowling has variety and looks potent with a mix of pace and spin, youth and experience in the XI. It would be interesting to see if Morgan again opens the bowling with Harbhajan Singh or reserves him for the middle overs. Singh could be a good bet against the likes of De Kock and Kishan.

Pat Cummins might share the new ball with Prasidh Krishna while Varun Chakravarthy will be used in the middle overs and at the death.