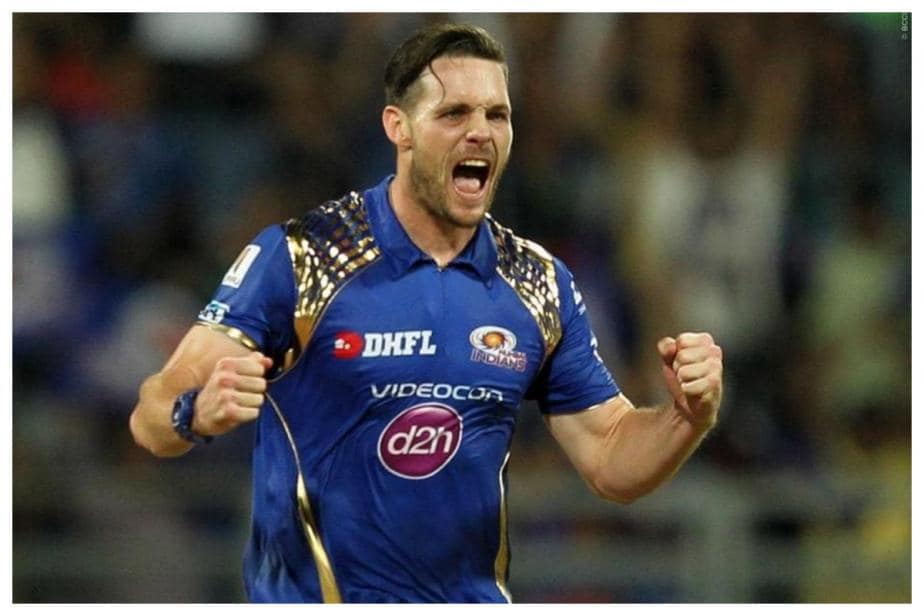 Mitchell McLenaghan also replied with a “No” when asked if he “hated” Jimmy Neesham.

Former Mumbai Indians (MI) and New Zealand pacer Mitchell McClenaghan has caused a stir by ‘liking’ a slew of highly critical tweets about compatriot Jimmy Neesham, who made his debut for the Mumbai franchise recently. Neesham had a forgettable outing on his debut for MI in the high-scoring thriller on Saturday against Chennai Super Kings (CSK). The all-rounder leaked 26 runs in the two overs he bowled and got out for a naught in the second innings chase.

After the match, the 30-year-old was criticised by fans on social media for his dismal performance wherehis former teammate made his opinion clear. McClenaghan ‘liked’ several Tweets that pointed out Neesham gets “smacked about.”

how is Neesham considered a semi-decent bowling option in 2021 man, all he does is get smacked about

Another stated that Australia’s Nathan Coulter-Nile would have been a better option than Neesham.

MI could have slotted NCN or Marco or even Ishan but they are playing Neesham and bowling it to Ali lol .

The above mentioned tweets were among the anti-Neesham comments liked by McClenaghan.

Meanwhile, McClenaghan, who last played for New Zealand in 2018and for Mumbai Indians in 2019, responded to other tweets when someone suggested Neesham was a better cricketer than him. “Prove it,” was the Kiwi cricketer’s reply.

He also replied with a “No” when asked if he “hated” Neesham.

In a following tweet, McClenaghan wrote that he’s there to bat and support Hardik and Pollard – give them confidence someone is behind them.”

There to bat support hardik and pollard – give them confidence someone is behind them. Let’s have our fingers crossed. https://t.co/TjrGemweSH

While the to and fro between McClenaghan and Twitterati continued,one user sent a screenshot of the Kiwi cricketer’s likes to Neesham. Known for his quick wit on the micro-blogging platform, Neesham simply replied with a “Lol.”

In a following tweet, Neesham elaborated in his quirky way, wrote that the fan “doesn’t seem to understand” and he would “rather get a golden duck” than “get a not out” to preserve his “personal record.”

However, MI went on to win the match against CSK at the Arun Jaitley Stadium in Delhi on Saturday. The defending champions chased down a massive target of 219 set by CSK, with four wickets to spare and end MS-Dhoni-led side’s five-match unbeaten run in the ongoing tournament.