With the squads for the IPL 2021 now finalized we look at which team has the most potent bowling unit in the tournament. There are two challengers really - Mumbai Indians and Sunrisers Hyderabad but the five-time former Champions are just ahead in the race. 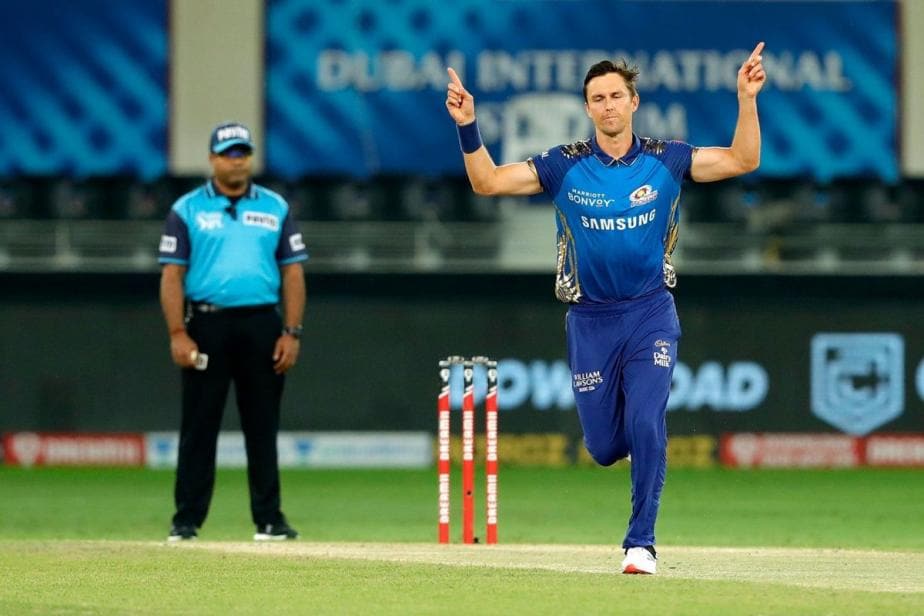 The 14th edition of the Indian Premier League (IPL) will take place in India in 2021. The mini Auctions in Chennai on Thursday threw in a few surprises but also confirmed some universal truths which have now been firmly established. Bowlers and All-Rounders win T20 matches - this was the slogan of the Auction as most of the big buys fitted in either of these two categories. There has been a trend in the IPL with the eventual winners being the highest impact bowling side of the tournament and not the best batting one contrary to the perception of most people and pundits.

With the squads now finalized we look at which team has the most potent bowling unit in the tournament. There are two challengers really - Mumbai Indians and Sunrisers Hyderabad but the five-time former Champions are just ahead in the race.

Bumrah is regarded as the best limited overs' bowler in the world and has bagged 209 wickets in 172 T20 matches at a strike rate of 18.3. What makes him truly potent is his dual ability to pick wickets and restrict the opposition batsmen - the Indian speedster has an economy rate of just 7.03. He has an excellent record for India too having picked 59 wickets in 50 matches at a strike rate of 18.2 and economy rate of 6.66.

Talented 21-year old Rahul Chahar was the unsung hero for Mumbai Indians in UAE last year. The leg break and googly bowler bagged 15 wickets in 15 matches at an excellent strike rate of 21.2. He was also quite economical giving away just 8.16 runs per over. Chahar can do for Mumbai Indians what Yuzvendra Chahal does so successfully for RCB - restrict the opposition in the middle overs and also pick important wickets.

Chahar was in devastating form in the recently concluded Syed Ali Mushtaq Trophy - India's premier domestic T20 tournament - where he picked 11 wickets in 5 matches at a strike rate of 10.9 and economy rate of 6.55. Chahar is an attacking and economical leg break bowler - a rare combination!

Mumbai Indians covered their bases well in the Auctions. They needed two overseas fast bowlers as back-up for Boult and Adam Milne and Nathan Coulter-Nile were both great purchases. Milne is a tearaway New Zealand fast bowler who may have lost a few kms but can still trouble the batsmen with his searing pace. He has a fine record in T20 cricket with 121 wickets in 108 matches at a strike rate of 18.9 and economy rate of 7.64. He has also played 21 T20Is for New Zealand and strikes close to every three overs with an economy rate of just under 7.5.

Coulter-Nile can be the perfect foil for Bumrah and Boult and play the role of the third seamer for Mumbai Indians also giving them the extra all-rounder option in the lower-order. He can do what James Pattinson did for the franchise in 2020.

Another great buy for Mumbai Indians at the mini Auction was the veteran Indian leg spinner Piyush Chawla. The leg break bowler is the third-highest wicket-taker in IPL history with 156 wickets in 164 matches at a strike rate of 20.8 and economy rate of 7.87. Despite being an attacking leg spinner he concedes less than 8 runs per over in a long IPL career - this speaks volumes of his ability, longevity and temperament. Chawla had an economy rate of less than 8 seven times in the 13 editions of the IPL. His strike rate has also been less than 20 in 5 editions.

Mumbai Indians have variety in their spin attack with Krunal Pandya offering his slow left-arm orthodox variety in the middle overs. Although he does not pick heaps of wickets he has a fine economy rate of 7.34 in all T20 cricket.

The only team which potentially could match the bowling prowess of Mumbai Indians is Sunrisers Hyderabad. With Bhuvneshwar Kumar, Sandeep Sharma and T Natarajan they have an excellent Indian pace attack. Rashid Khan and Mujeeb Ur Rahman can trouble any line-up in the world. But where the Sunrisers lack is in an experienced overseas fast bowler and this is where Mumbai Indians has the advantage.