On This Day - the 4th of April, in 2013, Jasprit Bumrah made his debut for Mumbai Indians in the IPL picking three wickets against RCB in Bengaluru. There has been no looking back. 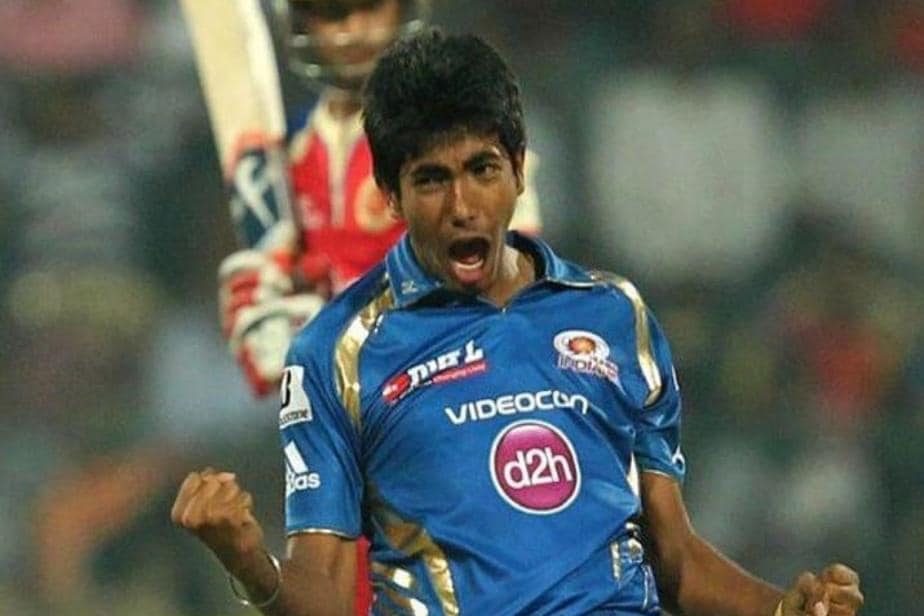 Jasprit Bumrah is one of the most sought after bowlers in the history of the Indian Premier League with 109 wickets in 92 matches at a strike rate of 19.19 and economy rate of 7.41. He was the highest wicket-taker for Mumbai Indians in the previous two editions of the competition playing the pivotal role with the ball in their victorious campaigns. It was on this day – eight years ago – on the 4th of April, 2013 that the ace Indian speedster made his debut for Mumbai Indians in the most coveted league in the world.

Bumrah made his debut for Mumbai Indians on the 4th of April, 2013 against the Royal Challengers Bangalore (RCB) in Bengaluru. He made an immediate impact getting rid of the RCB captain Virat Kohli just when he was looking to explode at 24 off 14 deliveries. Bumrah made it a double blow for RCB dismissing Mayank Agarwal in his very next over for a solitary one. He returned in the 13th over to see the back of Karun Nair for his second leg before wicket of the innings – a testimony of his accuracy and great line and length even early in his career.

Bumrah bagged 3 wickets in his maiden IPL appearance with the ball conceding 32 runs in his 4 overs. He played just two matches that season but it was enough for the world to see that the next superstar in fast bowling had been born.

Bumrah has been outstanding and the Mr Consistent for Mumbai Indians since 2016. He has been one of the leading bowlers in the tournament in this time-frame with 98 wickets in 75 matches at an average of 20.71 and strike rate of 17.57. Not only has he been a wicket-taking genius but also been phenomenally restrictive conceding at a rate of just 7.07 runs per over – to maintain the dual qualities of the wicket-taking prowess and being restrictive for five successive years speaks volumes of Bumrah’s special talent, ability, dedication and hardwork.

His impressive outing with Mumbai Indians and in domestic cricket gave Bumrah a call-up from the national team in January, 2016 when he was drafted in the XI for the limited over series in Australia. Since then he has returned as one of the finest bowlers in international cricket across formats. Bumrah has picked 108 wickets in 67 ODIs at a strike rate of 32.6 and economy rate of 4.65 and 59 wickets in 50 T20I matches at an economy rate of 6.66.

It all started on the 4th of April, 2013 for Mumbai Indians in Bengaluru.​