IPL 2021: Papa, Will You be Playing Today - Lukman Meriwala Receives an Adorable Voice Note from Daughter Before DC vs PBKS Clash 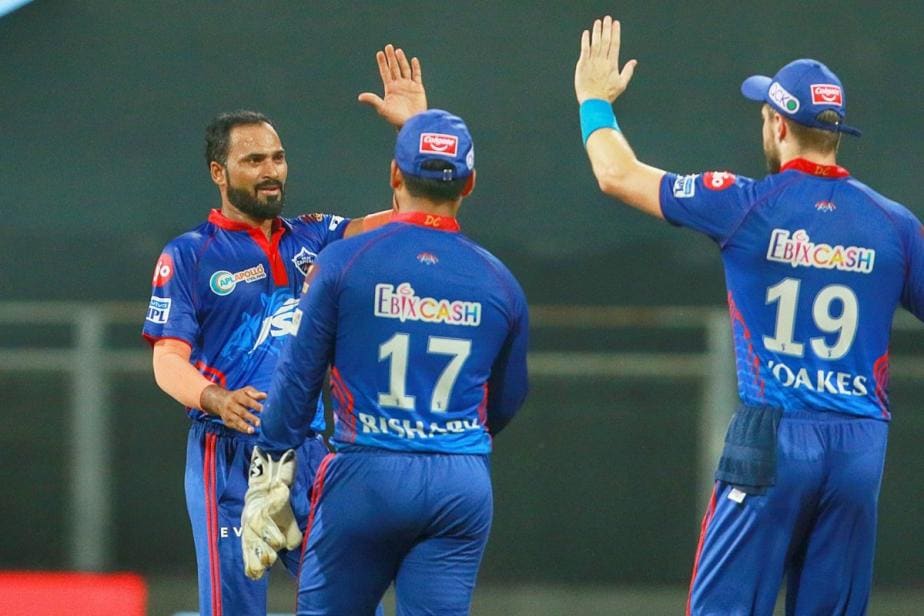 In his debut match against Punjab Kings, Meriwala conceded 32 runs in his three overs while scalping a crucial wicket of Mayank Agarwal.

The main purpose of the Indian Premier League (IPL) is to provide a platform for the young and talented lads to showcase their skills to the cricket fraternity. On Sunday, one such talent got an opportunity to prove his mettle during the evening clash between Delhi Capitals and Punjab Kings. The left-arm fast-medium bowler from Baroda, Lukman Meriwala received his maiden IPL cap from Kagiso Rabada as he was included in DC’s Playing XI as their fourth seam option.

After a celebrated debut, Meriwala spoke about his feelings and the support he received from other DC players in an interview uploaded on the franchise’s official Twitter handle. One of the highlights of the interaction was the revelation made by the 29-year-old regarding the message he received from his daughter.

When asked about his family’s reaction to his IPL debut, Meriwala reckoned that before the match, his daughter sent him a voice note to ask if he will be playing the game. Thus, it gave him immense pleasure to tell his daughter that not only he played the game but DC also won the match against Punjab Kings by six wickets.

️ From his daughter's voice note to his first IPL wicket, the last 24 hours will never be the same for Lukman Meriwala #YehHaiNayiDilli #IPL2021 #DCvPBKS #CapitalsUnplugged @OctaFX @tajmahalmumbai pic.twitter.com/O0tUGIPkR7

“Yes, they will be very happy. My daughter sent a voice note to me asking 'Papa, will you be playing today?'I’m happy that I got to tell her that I played the match today and we won the match as well,” the left-arm pacer said on being questioned about his family’s reaction.

Further in the interaction, Meriwala revealed that he received backing from the skipper Rishabh Pant to play his natural game and bowl the way he used to while playing for Baroda. The 29-year-old also lavished praises on Ravi Ashwin, Ishant Sharma, Umesh Yadav, and Ajinkya Rahane for boosting his morale and giving him confidence during the match.

In his debut match against Punjab Kings, Meriwala conceded 32 runs in his three overs while scalping a crucial wicket of Mayank Agarwal.