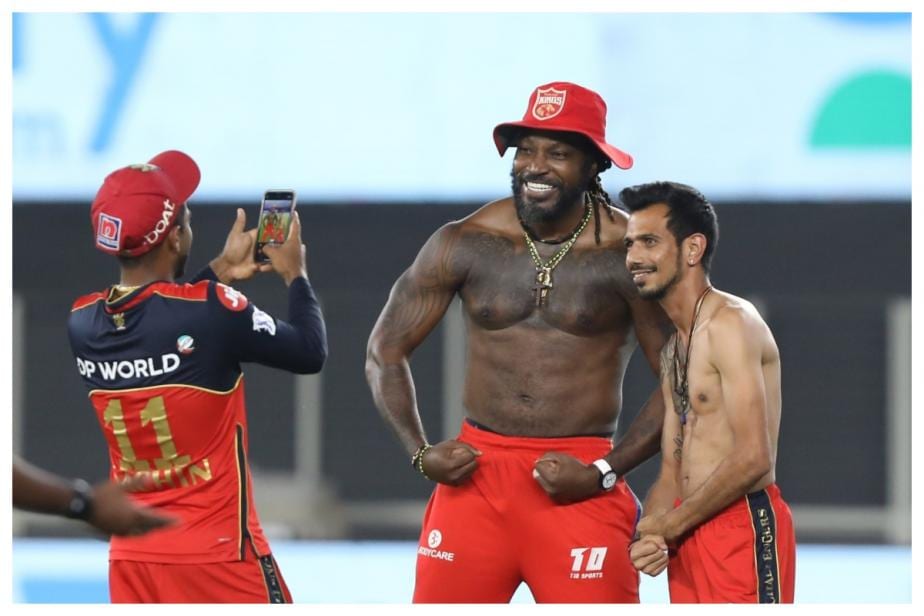 Rahul's 91* off 57 balls and a fantastic cameo of 25* off 17 and 3/19 from Harpreet Brar first with the bat and then with the ball respectively, gave Punjab a much-needed victory.

A lot of drama and unexpected events unfolded on Friday, 30th April when Royal Challengers Bangalore were up against Punjab Kings at the Narendra Modi Stadium, Ahmedabad. Here’s how the official social media handles kept fanfam entertained from beginning till the end.

Mr.Nags of RCB was up with his quirks and puns after the match, here’s how he tackled the “generalists”

A late flourish from Rahul & Brar has given us the impetus

What a Phenomenal Innings By @klrahul11 !!

But honestly if @mayankcricket was in The score will be 200+

It was as if PZ’s lady luck was on PBKS’s side as Harpreet Brar’s cameo of (3/19) included the wickets of the three stalwarts of RCB namely Virat Kohli, AB de Villiers, and Glen Maxwell, supported by Ravi Bishnoi’s (2/17) and Shami’s (1/28)

Runs with the bat ✔️

Wickets with the ball ✔️

Catch on the field ✔️

Every over 1st ball Virat came down & hit the ball to boundary. Brar understood & bowled a slower delivery where Virat gave room to strike the ball but @thisisbrar well played#Mind_game. #PBKSvRCB

Picture of the day pic.twitter.com/djAprdD0uD

A great batting performance from Rahul and Gayle and in the bowling Harpreet was a beast.Taken the most important wickets for PBKS and how can we forget the sensational catches if Ravi Bishnoi.Overall good performance guys just the problem of the middle order should be fixed.

…them some relief & something to look forward to in these trying times. Hold on folks, this too shall pass. It has to pass. We will ride this out togetherLove & prayers to all. #PBKSvsRCB #Stayhome #staysafe #wearmasks @punjabkingsipl #PBKS

RCB’s Harshal Patel (31 off 13) took them to a total of 145/8, a loss by 34 runs that didn’t hurt their NNR to a great extent and kept them at the 3rd spot. This was certainly the night that the RCB squad wanted to forget. The fanfam was devastated but hoped for a comeback.

The Skip knows what needs to be done. Trust the process. #PlayBold #WeAreChallengers #IPL2021 pic.twitter.com/uqugZrhVRR

King is the father of everyone

He is the world’s best batsman and captain ❣️

We hope we believe ❣️

We trust you but plz try to understand our emotions . Don’t experiment unnecessarily . I beg you Virat to change the batting lineup and do batting sagaciously .

We believe and We trust the process. #PlayBold #WeAreChallengers #ipl2021

Simon Katich and Mike Hesson speak about the things that went wrong last night, and plans to correct them before our next match against KKR.#PlayBold #WeAreChallengers #IPL2021 pic.twitter.com/Lffq3ETd5M

He is not a death bowler..

Last three matches is showing the reality of bowling, batting and fielding.

Patidar is too slow with the bat.

We can qualify but still don’t have the squad Who able to win title.

A night to forget for RCB but there were a few positives we can build on from our game last night. Here are the takeaways on @myntra presents 12th Man TV. #PlayBold #WeAreChallengers #IPL2021 pic.twitter.com/I6xF9Cx1Fq

In the end, it was an exchange of ideas and reviews on the game just played, from Kohli to Chahal to Gayle all looked in a jolly mood and were seen enjoying the mise en scène. Kohli went ahead and congratulated Brar on a fantabulous cameo. Twitterati was high on memes and hilarious tweets.

First, the wicket & then, the appreciation from the man himself! @thisisbrar will surely cherish this moment with @imVkohli! #VIVOIPL #PBKSvRCB pic.twitter.com/ovXmadbyKN

As CSK takes on MI on Saturday, it will be interesting to see how the scenario around the point table comes to light.