Pitch Was Challenging But Batting Let us Down: KKR Captain Eoin Morgan 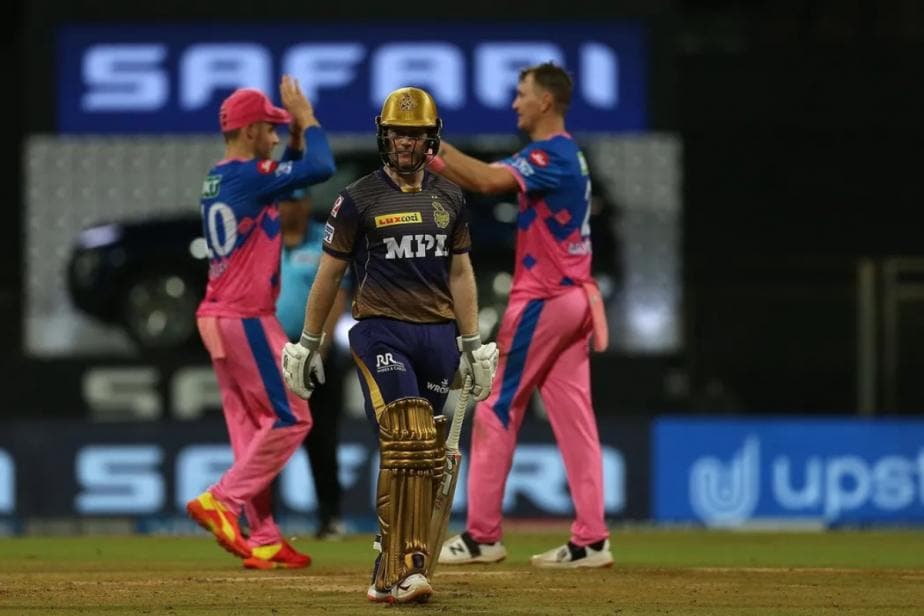 Kolkata Knight Riders captain Eoin Morgan said the pitch at Wankhede Stadium wasn't conducive for batting as was in earlier matches of IPL 2021.

Against all predictions and assumptions, Wankhede dished out a surface that wasn’t as full of runs as has been the case in the recent past. On Saturday, Kolkata Knight Riders would have hoped to repeat their performance against Chennai Super Kings when they racked up over 200 runs despite falling way back in a high-scoring affair. Instead, they struggled and managed just 133/9 against a sprightly Rajasthan Royals.

While the pitch may have not been as easy to bat on as has been the case so far at the venue, KKR captain Eoin Morgan knows his batters were to be blamed for the six-wicket defeat, their fourth of the season now. And he admitted as much during the post-match presentation.

“The batting let us down,” Morgan said. “We lacked a lot of intent throughout the whole innings. We were behind the game right from the get-go. Didn’t put the bowlers under enough pressure.”

KKR lost two wickets to run outs and a couple of them to some outstanding catching from RR fielders. And later, Rajasthan batters showed them the value of spending time on the wicket.

“RR adapted to the pitch much better,” Morgan said. “We were probably 40 short which is a lot in a T20 game. The wicket today wasn’t as good as it has been here at the Wankhede and that was a challenge in itself.”

KKR kept losing wickets regularly and that also prevented their innings from taking off. “Every time we tried taking an attacking option, we lost a wicket. Left us a lot to do at the back end, which we didn’t obviously do,” Morgan said.

With one win from five matches, KKR are now languishing at the bottom of the IPL standings and next face Punjab Kings at the Narendra Modi Stadium in Ahmedabad on Monday.