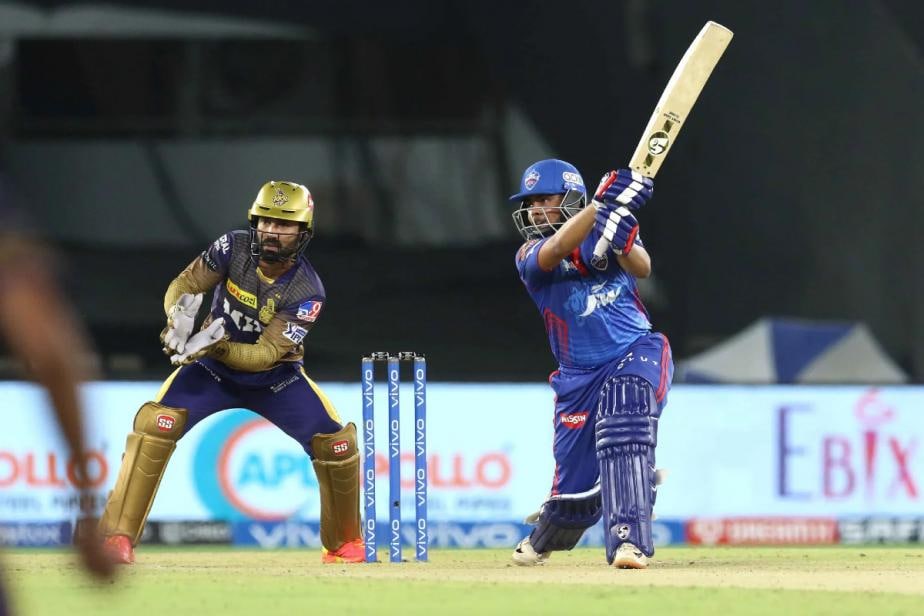 Prithvi Shaw slammed 82 off 41, including six fours in an over off Shivam Mavi, as Delhi Capitals thrashed Kolkata Knight Riders by seven wickets at the Narendra Modi Stadium in Ahmedabad

Prithvi Shaw slammed 82 off 41, including six fours in an over off Shivam Mavi, as Delhi Capitals thrashed Kolkata Knight Riders by seven wickets at the Narendra Modi Stadium in Ahmedabad on Thursday. The bowlers set it up, restricting KKR to 154 for 6, Axar Patel and Avesh Khan picking up two wickets apiece.

It took only six balls in the chase to know where the game was headed. Prithvi Shaw slammed his former under-19 teammate Shivam Mavi for six fours in the first over, which cost KKR 25 runs (including a wide). Mavi was guilty of pitching it up and allowing Shaw to hit through the line. It was only the second time a batsman had hit a bowler for six fours in an over in IPL history.

Prithvi Shaw Slams Shivam Mavi for Six Fours in an Over, Reaches 50 off 18 Balls

Ajinkya Rahane had earlier achieved the feat when he hit six fours off S Arvind for Rajasthan Royals against Royal Challengers Bangalore in 2012.

Once the base was set, the rest was a smooth passage. DC smashed 67 without loss in the Power Play, the most this season. KKR’s tactics were strange too – Pat Cummins did not come on to bowl until the sixth over, by when the game was already out of reach. And no pacer tried to bowl a bouncer, until Cummins did in the last ball of the Power Play to Shaw.

Shaw was given a free hand to play his strokes and he was more than happy to oblige. Shaw raced to his 50 in just 18 balls, the fastest this season. It was his 9th fifty in IPL.

Shaw gave a chance too – but Shubman Gill put him down at long off off Varun Chakravarthy. DC raced past 100 inside 11 overs, and the rest was a formality.

KKR were going fairly well at 69 for 1 in the 10th over, a good base set for the big hitters that follow. Nitish Rana fell stumped to Axar Patel early before Rahul Tripathi (19 off 17) and Shubman Gill (43 off 38) steadied the innings. Once Tripathi fell, Eoin Morgan and Sunil Narine followed for ducks in the same over against Lalit Yadav’s off-spin.

The twin wickets in the 11th over was followed by Gill lofting a slower one from Avesh Khan to the deep, when he had to stitch another small partnership with Andre Russell. From 69 for 1, they slipped to 82 for 5. That became 109 for 6 when Dinesh Karthik fell after a cameo in the 17th over.

KKR were in danger of getting restricted to a below-par total. However, Russell’s innings, comprising four sixes and two fours, took the team through to a total with which they can compete.