IPL 2021: 'Punjab Are In A Tough Situation' says Ajay Jadeja 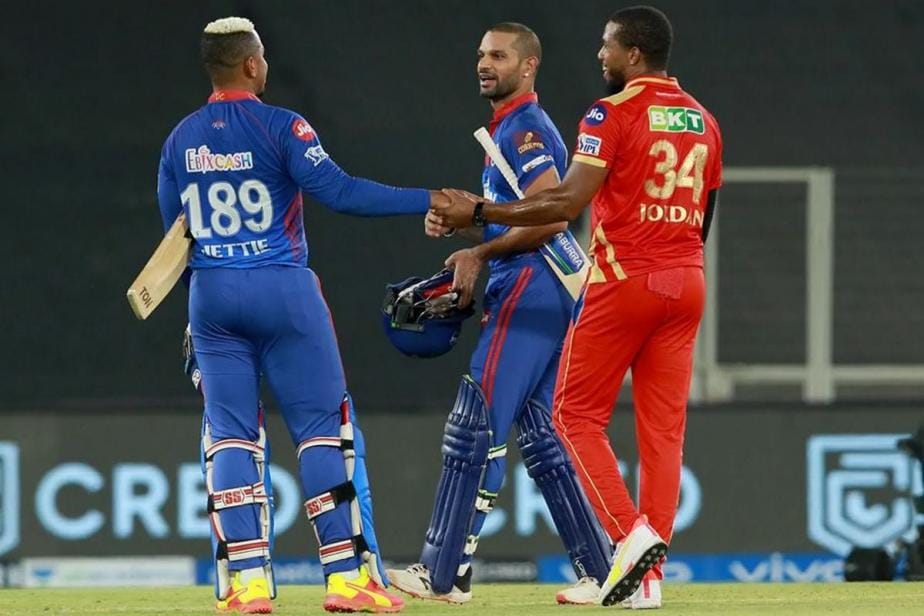 Former India cricketer has this belief that it may not be impossible for PBKS to make it to the play-offs. However, they will have to win all their remaining matches to get a place in the top four.

Punjab Kings are struggling in IPL 2021 having won just three of their eight matches so far while tasting defeats in the remaining. They are currently in the sixth position in the latest standings with just six points so far. On Sunday, they were defeated by Delhi Capitals at the Narendra Modi Stadium in Ahmedabad which further narrowed their path towards playoffs.

Former India cricketer Ajay Jadeja beleives that while it may not be impossible for PBKS to make it to the play-offs but will have to play out of their skins to ensure that.

“Punjab are in a tough situation. They are lagging behind on the points table. They are just two positions down from the top four. But I have seen the table getting shuffled drastically. Because the bottom-placed teams are also left with their games. While Punjab are yet to face four out top five sides. So, once they start defeating the teams placed above them, they will be back in the rac,” said Jadeja.

“Ultimately, the knockouts have almost begun for them. They are slated to face seven teams now and defeating all seven teams on the trot will not be an easy task. It’s not impossible but winning seven out of seven is not easy,” he added.

Mayank Agarwal has been made the stand-in captain of PBKS as KL Rahul has been diagnosed with acute appendicitis. On captaincy debut Agarwal did score 99 not out but it went in vain.

Jadeja said, “The absence of KL Rahul and his class batting will be a worrisome factor. The batting void can be filled as Mayank Agarwal played a great knock. But it will be a loss from the captaincy point of view.”