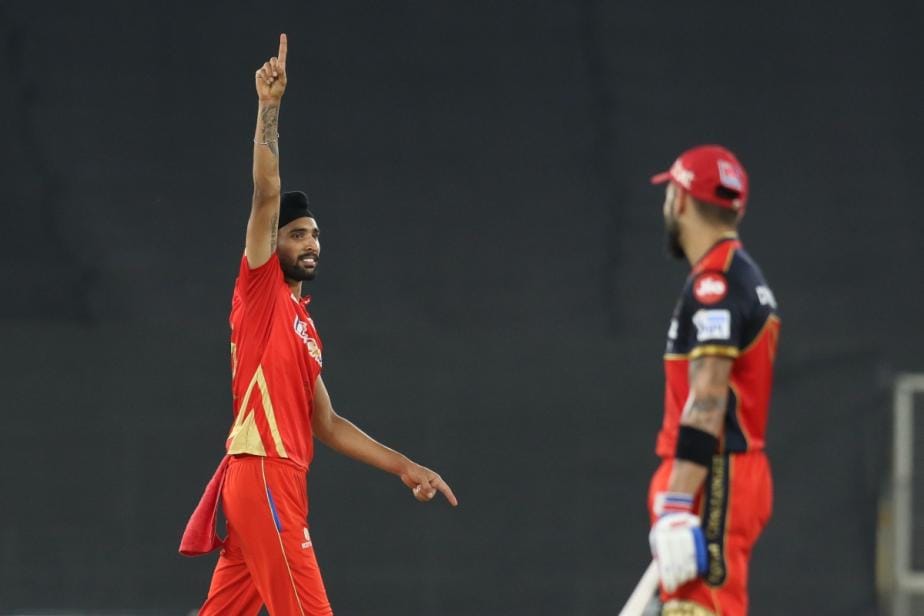 After a stunning victory, Punjab Kings are now placed at the fifth position in the points table.

In the 26th match of the ongoing 14th edition of the Indian Premier League (IPL), Punjab Kings delivered a mesmerizing performance to script a comprehensive victory over Royal Challengers Bangalore (RCB) by 34 runs. It was a perfect match for the Kings as skipper KL Rahul was the wrecker-in-chief for the team with the willow while the spinner Harpreet Brar caused carnage on the field with the ball.

The complete performance by PBKS resulted in them registering their third victory in IPL 2021. After the match, the Punjab-based franchise celebrated the win in a special manner. The Man of the Match, Harpreet was made the victim of a cake smash by his teammates as everybody enjoyed the sweet win.

The official Twitter handle of PBKS shared a happy picture of Harpreet, Chris Gayle, Ashdeep Singh, and Mandeep Singh with cake on their hands and faces.

After a stunning victory, Punjab Kings arenow placed at the fifth position in the points table with three wins under their belt from seven games. They are behind Mumbai Indians, who are placed atthe fourth position, just because of a low net run rate.

Coming to the match, Punjab was put to bat first by the opposition skipper Virat Kohli. The Rahul-side experienced a good run with the willow as they were successful in posting a total of 179 runs on the board in their 20 over. The captainled from the front as he played a sensible inning and smashed 91 runs off 57 deliveries including seven boundaries and five maximums. Rahul was aptly supported by Gayle, who added 46 runs from 24 balls.

In the second innings, Punjab presented a disciplined bowling action as they never gave a chance to the RCB batters to settle in the middle and play good knocks. Harpreet ran through the opposition’s batting order to pick three wickets of Virat Kohli, Glenn Maxwell, and AB de Villiers. The exploits by the spinner resulted in RCB losing the game by 34 runs.