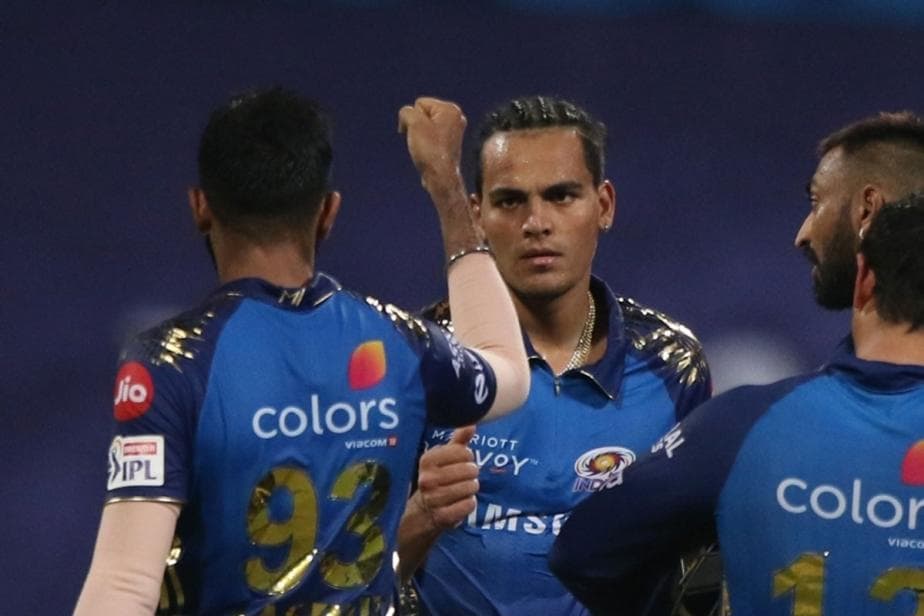 “As a coach and as a management team, we are happy with his progress. He has developed intelligence. It is not just about skills. Having a game-plan and executing or changing it depending on what batsmen is doing [- he has that ability],” said Jayawardene while speaking to the media on Chahar’s ability to improvise.

“We are happy with the way he has come out. He is a leader in our bowling group, the spin department,” added Jayawardene.

“Rahul has been quite consistent for us for the last three years. We knew he had talent. He was also quite raw when we started playing him. I believe it was the 2019 season when he had the breakthrough season.”

Rahul Chahar has been on the money picking wickets. It has been his bowling that has won MI their two previous matches. Against Kolkata Knight Riders, he took four wickets to derail them when they looked like they would overhaul MI target.

Then against SunRisers Hyderabad, he got important wickets to help his team win by 13 runs.

“Even in UAE, the last season he bowled well. He had his ups and downs. He wasn’t [initially] consistent in his execution. But every year we see improvement in Rahul. Mind you, he is still a young player. We feel he has been around for a long time but he is also learning,” said the former Sri Lanka skipper.

“Bowling unit is what we have been focussing on. Bowlers win championships. We have worked hard to create that set-up because you need to have the attacking options in all conditions – quality, skills to be able to exercise the skills,” he added.