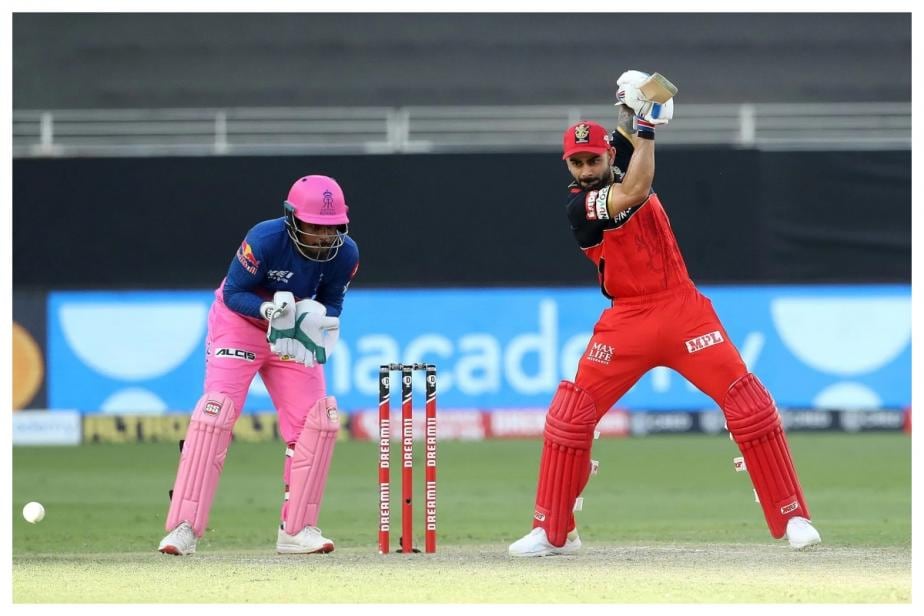 RCB have had a great start to IPL 2021 winning all their three matches thus far. Rajasthan Royals, on the other hand have lost two of their first three encounters in the tournament.

The Virat Kohli-led Royal Challengers Bangalore has had their best start in the IPL winning three out of three to kick start the 2021 season. RCB will clash with an out of form Rajasthan Royals who have lost two of their three matches this season. The Royals have displayed glimpses of individual brilliance but their batting has failed as a collective.

It will be RCB’s first match in Mumbai and the wicket should suit their batting superstars with the ball coming onto the bat.

IPL 2021: Hardik Pandya Needs to Show Some Responsibility as a Batsman – Irfan Pathan

RCB has been the best team in IPL 2021 so far. The biggest story of the season for them has been the re-emergence of Glenn Maxwell – the destructive batsman. He has fired in all three matches thus far with match-winning contributions of 39 (28 balls), 59 (41 balls) and 78 (49 balls). The Australian was in appalling form in the UAE last year scoring just 108 runs in 13 matches at a strike rate of 101.88. A change of jersey has worked wonders for Maxwell whose form is also helping AB de Villiers in the middle order releasing a bit of pressure from the South African great.

AB has played two match-defining knocks for RCB this season and is striking at almost 190 in the tournament. Virat Kohli has got a couple of 30s and will be looking for a big score against the Royals. RCB would be looking for a more substantial contribution from opener Devdutt Padikkal and Rajat Patidar in the top-order.

Mohammed Siraj and Harshal Patel have been the two standout bowlers for RCB this season. Patel has picked 9 wickets at a brilliant economy rate of 5.75. Siraj has just picked a couple of wickets but been very restrictive giving away just 5.81 runs per over. The team needs more from their ace spinner Yuzvendra Chahal who has just managed to take two wickets at an economy of 8.66.

IPL 2021: Abdul Samad Can Be One of The Shining Knights At The End of The Tournament: Brian Lara

The batting, as a unit, is failing the Royals this season. There have been some individual sparks but the batting has failed as a collective. Manan Vohra has failed at the top of the order with scores of 12, 9 and 14. The Royals have lost at least two wickets in the powerplay in each of their three encounters not able to build any momentum at the start. The middle order has given poor returns – Riyan Parag and Shivam Dube have not performed in two of the three matches. Parag has an aggregate of 30 at a strike rate of 130 odd while Dube has scored 42 at a rate of 100.

There have not been more than two substantial performances with the bat in any of the matches for the Royals – not good enough to beat top teams in the IPL. There have 13 failures out of the 21 times the top 7 has batted in the tournament. To add to their woes, Liam Livingstone has flown back to England citing the bio-bubble fatigue due to Covid-19.

RCB are expected to go with the same XI.

RR need to make some changes to their batting line-up. Yashasvi Jaiswal would be a good choice to replace the out of form Manan Vohra. Mustafizur Rahman has been taken for a few in a couple of matches and the experienced Andrew Tye could be drafted in in his place.

Virat Kohli has had a quiet IPL this season with a couple of 30s. He would be looking to score a big one against the Royals and replicate what he did for the franchise as opener in 2016.

RCB: I had a lot of fun out there. It helped with Maxi playing well up front and it made it really easy and gave the guys confidence that it’s not unplayable. It’s difficult when you come into games like these where the wicket tends to be a bit slow, you gotta break the shackles individually which some of our players did tonight: AB de Villiers after his Player of the Match performance against the Knight Riders.

RR: I thought it was a good score to chase down but we lost too many wickets in the middle overs – RR Captain, Sanju Samson after his team’s crushing loss to CSK.