IPL 2021: RR vs CSK to be Rescheduled as Chennai Super Kings Squad Forced Into Hard Quarantine 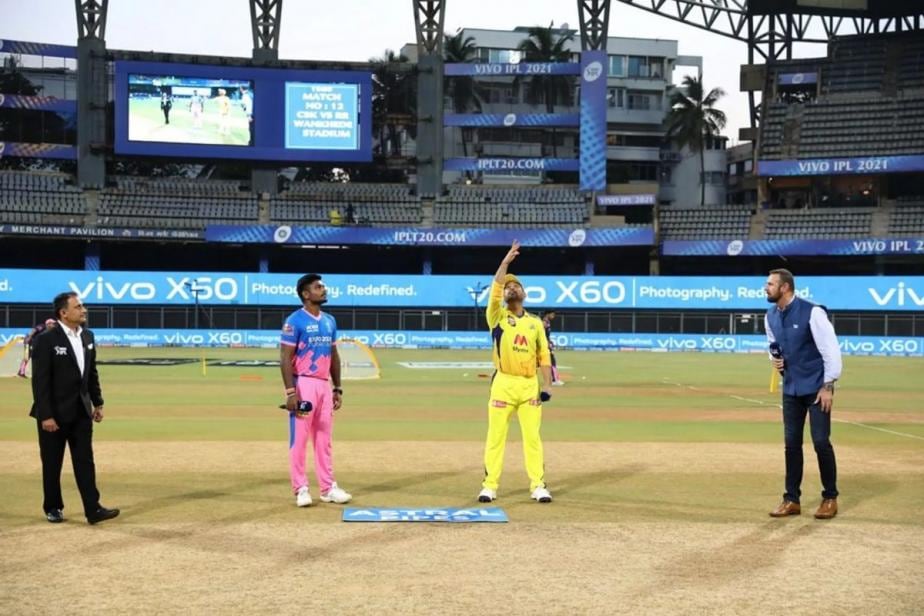 The fallout of COVID-19 continues with BCCI reportedly planning to reschedule another IPL 2021 match to save the ongoing season from being scrapped midway. Wednesday’s clash between Rajasthan Royals and Chennai Super Kings may become the second such clash in as many days to be postponed after a couple of cricketers and several non-playing members who are part of the season were reported to have tested positive for the coronavirus.

As per reports, the entire CSK squad has been put in hard quarantine thus eliminating the possibility of a contest. The step was taken after CSK bowling coach Laxmipathy Balaji was tested positive and was in contact with the players.

“Tomorrow’s match at the Arun Jaitley Stadium between CSK and RR will be rescheduled as per SOP rules. As Balaji was in contact with the players, all of them have gone into hard quarantine. They are supposed to be tested everyday,” a senior BCCI official told PTI on conditions of anonymity.

CSK CEO Kasi Viswanathan said that CSK has informed BCCI about Balaji’s RT-PCR result. “From our end, we had informed that Mr Balaji has tested positive and as per SOP our players have been isolated,” Viswanathan said.

According to news agency PTI, tomorrow’s clash is set to be cancelled after Kolkata Knight Riders vs Royal Challengers Bangalore on Monday was also announced to have been postponed following news that a couple of KKR players have been infected with the virus.

BCCI is also planning to limit the remainder of the season to just one venue with Mumbai being floated as the primary option. However, it is expected that tonight’s match between Sunrisers Hyderabad and defending champions Mumbai Indians will go ahead as planned unless there’s a late development.

The BCCI is already facing the heat for going ahead with the event despite India battling the coronavirus pandemic as the second wave continues to wreak havoc. For over 10 days now, the country has been reporting more than three lakh daily fresh cases with experts warning the peak is yet to come.

So far, 30 IPL matches have been completed with 30 more remaining including playoffs and the final which is scheduled for May 30.