IPL 2021: SRH vs MI Preview - Uphill Battle For Bottom of The Pack Hyderabad Against Resurgent Mumbai 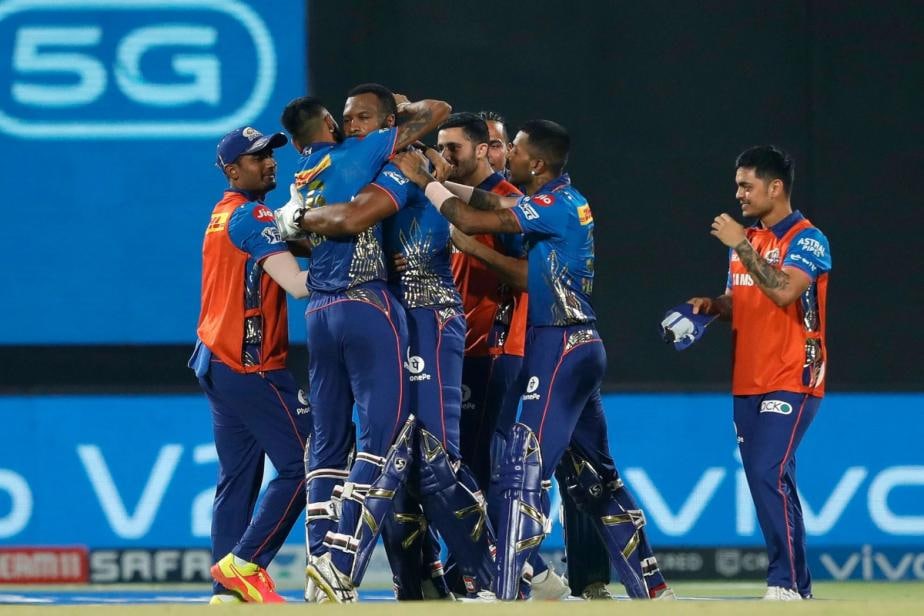 Bottom of the pack Sunrisers Hyderabad will clash with a resurgent Mumbai Indians XI in Delhi on Tuesday even as the Covid-19 pandemic continues to play havoc with the tournament.

It is do or die for Sunrisers Hyderabad. They have started the tournament on a disastrous note and lost six of their first 7 matches. To have any chance of qualifying for the playoffs they need a complete reversal of fortunes and need to win at least six of their seven remaining games in the competition. The Mumbai Indians, on the other hand would be pumped after their record chase against the Super Kings.

There is a scare of the Covid-19 outbreak at the stadium in Delhi after some members of the DDCA tested positive. However, the players are said to be safe.

MI chased down a daunting 218 set by CSK in Delhi and would be overjoyed by the return to top-form of their destructive all-rounder Kieron Pollard. They would now hope that the other X-factor in the middle-order – Hardik Pandya – who hinted at regaining his lost touch with a couple of sixes against the Super Kings – would make up for his ordinary form in the business end of the tournament.

Rohit Sharma has been the highest scorer for MI this season with 250 runs but not been at his fluent best as his strike rate of 128.2 indicates. Suryakumar Yadav has also not found the consistency which he had in the last three seasons. He has scored just one fifty in 7 innings. Ishan Kishan has been the biggest disappointment with the bat with an aggregate of just 73 runs in 5 innings at a strike rate of barely 83. He was subsequently dropped and may not find a place in the XI against the Sunrisers.

Rahul Chahar has been the pick of the bowlers for MI this season and has bagged 11 wickets at a strike rate of 15.2 while also being very restrictive with an economy rate of just 7.21. He played a pivotal role with the ball in MI’s successive wins against KKR and Sunrisers. Jasprit Bumrah has been economical but not picked many wickets with the new ball. Krunal Pandya has done a good containment job in the middle overs.

A change in captaincy mid-season did not change the fortunes of the Sunrisers as they went down to the Royals by 55 runs. SRH are top-heavy but there have been no big match-defining knocks by any of their star batsmen – Kane Williamson’s unbeaten 66 remains the highest score by the franchise this season. With the exception of Jonny Bairstow none of the top-middle order have a strike rate in excess of 130.

With the uncertainty surrounding David Warner’s place in the XI after his sacking, the batting unit has further got depleted. Although not at his best this year, Warner has been SRH’s highest scorer and playmaker for most of the seasons he has represented the franchise. The middle-order is non-existent with Vijay Shankar, Kedar Jadhav and Abdul Samad not doing much with the bat.

Rashid Khan has been the pick of the bowlers with 10 wickets at an economy rate of 6.14 but the faster men have let SRH down this season. The bowling has been the team’s strength over the years but that has not been the case in 2021. Bhuvneshwar Kumar has been the biggest disappointment with just 3 wickets in 5 matches also going at 9.1 per over. The usually reliable Sandeep Sharma has just managed to take one solitary wicket from 3 matches and gone at 10.38 per over.

MI are expected to field the same XI that beat CSK. James Neeshan and Dhawal Kulkarni were expensive but are likely to get another chance against the Sunrisers.

SRH need to include Jason Roy at the top of the order. The all-England opening partnership of Roy-Bairstow may just do the trick for the Sunrisers.

MI beat SRH by 13 runs in their first encounter in IPL 2021 in Chennai. Kieron Pollard scored an unbeaten 35 off 22 deliveries to take MI to 150. Rahul Chahar returned with 3-19 in 4 overs as SRH squandered a great start and collapsed in the chase.

Hardik Pandya has not had the best of starts to IPL 2021. He has scored just 52 runs in 6 innings but showed glimpses of his prowess against the Super Kings. It may just be time for the Hardik Pandya show in the IPL!

MI: Probably one of the best T20 games that I have ever been part of. I have never seen a chase like that before. One of the best innings from Polly. Brilliant to see that from outside: An ecstatic Rohit Sharma after Kieron Pollard helped MI blast 138 off the final 10 overs to pull off a stunning chase against CSK.

SRH: A tough day. A very competitive total from RR. It was Jos’ day and he was outstanding. With the bat you do need to get a few things to go your way and when you’re losing wickets it makes it all the more harder to chase 220: A disappointed SRH captain Kane Williamson after the loss to the Royals.