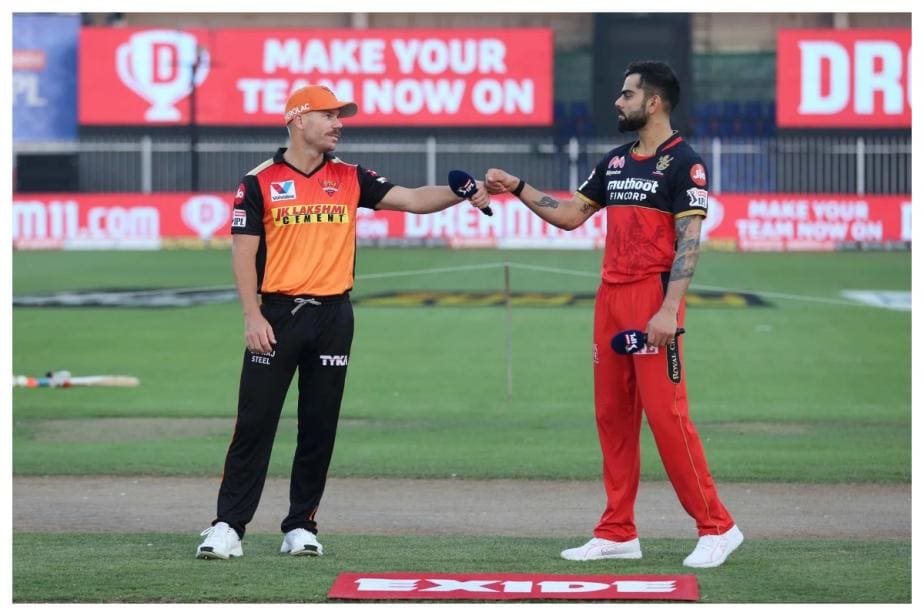 In IPL 2020, SRH won two games while RCB won one out of the three times whenever they crossed paths.

Sunrisers Hyderabad will take on Royal Challengers Bangalore in the sixth match of the Indian Premier League this season on Wednesday. The match will be played on April 14 and will start from 7.30 PM IST. The venue for the match is the MA Chidambaram Stadium in Chennai and it will be played in a closed space due to the ongoing coronavirus crisis. Fans can watch the match on Star Sports Network and on Disney+Hotstar.

The two sides have met 18 times in the IPL, with Sunrisers Hyderabad winning 10 encounters and the Royal Challengers Bangalore emerging victorious on seven occasions. One game ended in no result without a ball being bowled. In IPL 2020, SRH won two games while RCB won one out of the three times they crossed paths.

Kane Williamson starred for Sunrisers with a fifty as SRH beat RCB by 6 wickets to knock them out of last year’s IPL in the first eliminator. Batting first, AB de Villiers’ 43-ball 56 helped RCB post a respectable total of 131/7 from their 20 overs. Chasing that, Williamson guided SRH to a win an unbeaten 50* and two balls to spare.

In another low scoring encounter, Bangalore could only manage 120/7 from their 20 overs. Chasing 121 to win,Wriddhiman Saha (39), Manish Pandey (26) and Abdul Samad (26*) guided SRH home in just 14.1 overs to boost their net run-rate in their quest for a playoff spot.

Batting first, Bangalore scored 163/5 from their 20 overs after Devdutt Padikkal (56) and de Villiers (51) hit fifties. In their 164-run chase, Jonny Bairstow (61) and Pandey looked assured and SRH were well on their course to win but once they fell, none of thebatters could dig in and in the end, they fell short by 10 runs. Yuzvendra Chahal starred with the ball for RCB, picking up 3/18 from his four overs.

SRH put up 175/7 from 20 overs, courtesy of a 43-ball 70 not out from Williamson. RCB lost 3 wickets for 20 runs and were staring down the barrel. ButShimron Hetmyer (75) and Gurkeerat Singh Mann (65) put on 144 runs for the fourth wicket to ensure RCB get home with 4 wickets in hand and four balls to spare.

Warner and Bairstow shined bright for SRH in this game with the pair putting on 185 for the first wicket before Bairstow fell for a 56-ball 114. However, Warner stayed on and remained not out on 100 off 55 balls as SRH scored 231/2 from their 20 overs.

Chasing 232 to win, RCB lost quick wickets and failed to recover. Mohammad Nabi (4/11) ran through the top order and reduced Bangalore to 6/35 as RCBstruggled to score runs. In the end, RCB folded for 113 from 19.5 overs and lost the game by 118 runs.