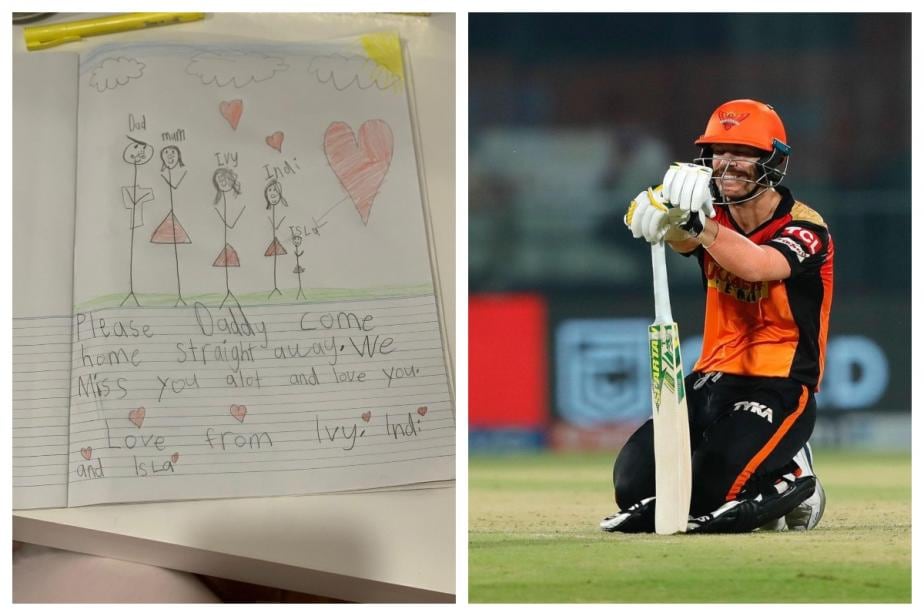 Down and out after being removed as SunRisers Hyderabad (SRH) skipper and ill at ease after the Indian Premier League (IPL) season was postponed due to Covid-19 cases inside the bio-bubble, Australian cricketer David Warner received a heartfelt message from his family, urging him to ‘come home straightaway’.

After the Board of Control for Cricket in India (BCCI) and the IPL Governing Council took the decision to postpone the IPL with immediate effect, Warner took to social media to share an emotional message sent by his three daughters back home in Australia.

The Australian opener, who was replaced by New Zealand’s Kane Williamsons after the team’s disastrous performance in the IPL, posted a sketch made by his daughters on his Instagram page, which read, “Please daddy, come home straight away. We miss you and a lot and love you. Love from Ivy, Indi and Isla.”

The Australian government has stopped all flights from India because of the Covid-19 surge, leaving several Australian cricketers stranded. It means that they, including Warner may have to travel to a third country before reaching home.

Warner was recently “shocked and disappointed” when he was first removed as SRH skipper and then dropped from the team that took on Rajasthan Royals (RR) on Sunday.