IPL 2021: The Match-Winning Shaw-Dhawan Partnership For The Delhi Capitals 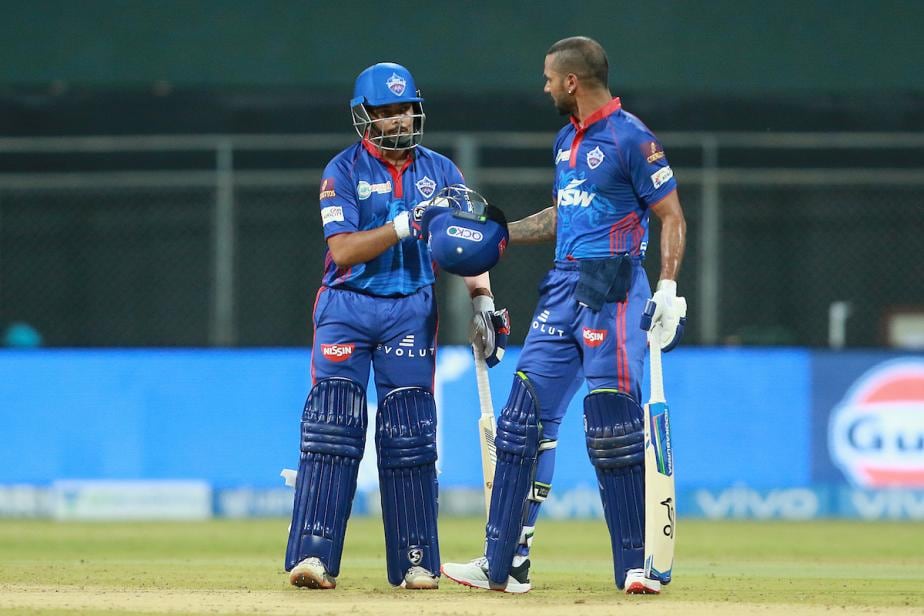 The Dhawan-Shaw duo has put together two century stands and three 50-plus partnerships for the opening wicket for the Capitals in IPL 2021. The standout feature has been the high scoring rate of the partnership.

The Delhi Capitals registered their fourth successful 150-plus chase in the tournament as they overhauled the target of 166 set by Punjab Kings with seven wickets in hand and 14 balls remaining in Ahmedabad. There is a common feature that binds together each of these wins for the Capitals, in two of which they gunned down a target of 180-plus – and that is the magnificent opening-wicket stand of Shikhar Dhawan and Prithvi Shaw.

The Dhawan-Shaw partnership has been instrumental in the success of the Delhi Capitals in the first half of IPL 2021. Not only have they scored big runs but have done so at a very high strike rate demoralizing and annihilating into submission the best bowling attacks in the tournament.

IPL 2021: He Makes it Easy for Me-Shikhar Dhawan Credits Prithvi Shaw for his Success

The Dhawan-Shaw partnership made minced-meat of the PBKS target of 166 in Ahmedabad putting together 63 off just 38 deliveries. Shaw played aggressor, as he has in the last few matches and scored a breathtaking 39 off just 22 deliveries. Dhawan played second fiddle till Shaw was at the crease and chipped in with 22 off 15 deliveries. He complemented Shaw brilliantly and did not take any unwarranted risks knowing that the target set was not a stiff one.

This is what Dhawan has done remarkably well throughout the tournament – adjusted his game and moved from aggressor to anchor playing the situation perfectly. Having set the platform with Shaw, he accelerated towards the end of the innings and remained unbeaten on 69 off 47 deliveries.

Dhawan started the tournament in attacking mode scoring big runs at a high strike rate but has since let Shaw take over the mantle. The right-hander has been in devastating form in the tournament with no other match to his exquisite and sublime shot-making and stroke-play.

The Dhawan-Shaw partnership has stitched together two-century partnerships in the tournament. They piled on 138 in just over 13 overs helping the Capitals chase down a challenging total of 188 set by the Super Kings. Dhawan contributed 65 off 44 deliveries while Shaw blasted 72 off 38 in the partnership effectively sealing the match for the Capitals.

The duo then romped up a sensational 132-run stand in just 87 deliveries powering the Capitals to a seven-wicket win with more than three overs to spare against KKR in Ahmedabad. Shaw was at his destructive best and hammered 82 off just 36 deliveries in the partnership. Dhawan, again realising that there was no need to attack from the other end, played anchor and contributed 46 off 47 deliveries to the stand.

The pair had also put together a quickfire 59-run stand within the powerplay against the Punjab Kings which had set the base for the Capitals’ successful chase of 195 in Mumbai. Shaw was dismissed after scoring 32 off 17 deliveries but Dhawan continued in the same vein and smashed a match-defining 92 off just 49 deliveries. They had also notched up 81 in just over 10 overs against the Sunrisers helping the Capitals to a challenging total on a slow and spinner friendly Chepauk wicket.

The Dhawan-Shaw partnership has recorded two hundred stands and three other fifty partnerships in the tournament. The standout feature apart from the volume of runs scored by them is the high rate at which they have scored these runs giving the Capitals a flying start in almost every match of the competition.

Contrast this to the previous edition in the UAE – the Dhawan-Shaw stand had put together three fifty partnerships (but no century stands) in the entire tournament.

Together they have played a stellar role giving DC great starts at the top of the order easing the pressure and burden on the middle order setting up many a match for the franchise.