IPL 2021: Thought He Would Finish His Quota Before Maxwell & AB Came Out - Sehwag On Harpreet Brar 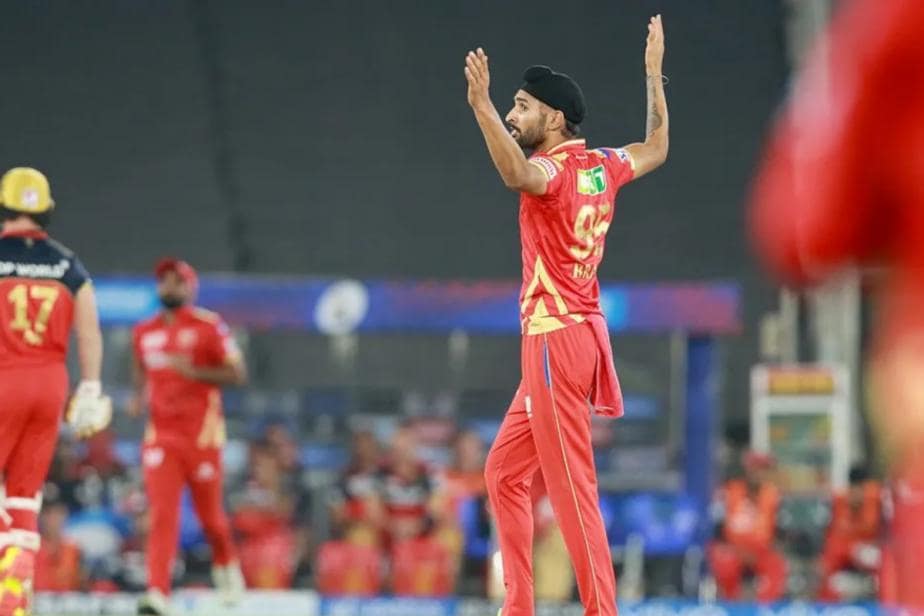 Virender Sehwag, while showering accolades on the brilliant match-winning bowling performance of Harpreet Brar, stated that he did not expect the slow left-arm orthodox bowler to have such a big impact in the match against RCB.

Bowling all-rounder Harpreet Brar became an overnight hero for the Punjab Kings getting the Big 3 RCB wickets in a match-winning spell in Ahmedabad in what was his first appearance for the franchise in IPL 2021. No one expected the slow left-arm orthodox bowler to come up with such a performance and it surprised many former greats like Virender Sehwag and Ashish Nehra.

Brar first hit a cameo 25 off 17 deliveries including two sixes to help the Punjab Kings push above 165 at Motera. He was hit by Virat Kohli for a six and a four respectively in his first couple of overs but came back to dismantle the stumps of the RCB skipper off the first delivery of his third over. He then castled the destructive Glenn Maxwell for a golden duck with an absolute ripper – the ball spun away to kiss the top of off stump.

Brar’s evening just got better and better as he dismissed the great AB de Villiers off the first ball of his last over. He had effectively sealed the match for the Punjab Kings getting the big 3 RCB wickets in a space of seven deliveries.

Sehwag, while showering praise on Brar, stated that no one expected him to pick three wickets, leave alone get the three best batsmen of the opposition.

“I did not expect him to take any wicket at all. I thought he would quickly bowl out his quota of 4 overs and ideally finish his spell before Maxwell and AB came out to bat but he surpassed all my expectations,” said Sehwag to Cricbuzz.

He added – “In the IPL and in T20 cricket one player has the ability to finish the opposition and that is what Brar displayed today changing the match on its head in just 7 deliveries.”

Brar had to slog it out and wait for seven years before making it to the Punjab Kings squad in the IPL. He failed in four trials for them and the Mumbai Indians and almost gave up the idea of playing top-level cricket moving to Canada for his studies. He then decided to make a comeback and finally got a chance to represent the Punjab Kings in 2019 (two matches) and 2020 (one match) but did not pick any wicket in either season and was also hammered for a plenty.

Former India speedster, Ashish Nehra added that it is the beauty of the IPL which gives players like Brar a chance to make a comeback and showcase their talent and earn a name for themselves and the franchise and country.

“This is the beauty of the IPL. Only a handful of players can play for India but a lot of them can play the best in the world in top-grade cricket in the IPL. The tournament not only gives them a chance to showcase their talent and skill but also earn a great livelihood. It inspires them to perform and deliver. A lot of players first represent franchises in the IPL and then go on to play for their states in domestic cricket. IPL has made a massive contribution to Indian cricket.”

Brar had made his family and especially his father, who is in the police, proud when he first made it into the team for the Punjab Kings in 2019 and Sehwag added that his relatives would only have been prouder after their son’s magnificent performance.

“My family were ecstatic when I was selected for the very first time for the India Under-19 team. Playing in the IPL is almost like playing for India. The family will be very proud of Harpreet as all their sacrifices have finally paid off. Family plays a huge part in the success of a player. Playing in the IPL also helps solve the financial problems of many players who come from humble backgrounds,” added Sehwag.