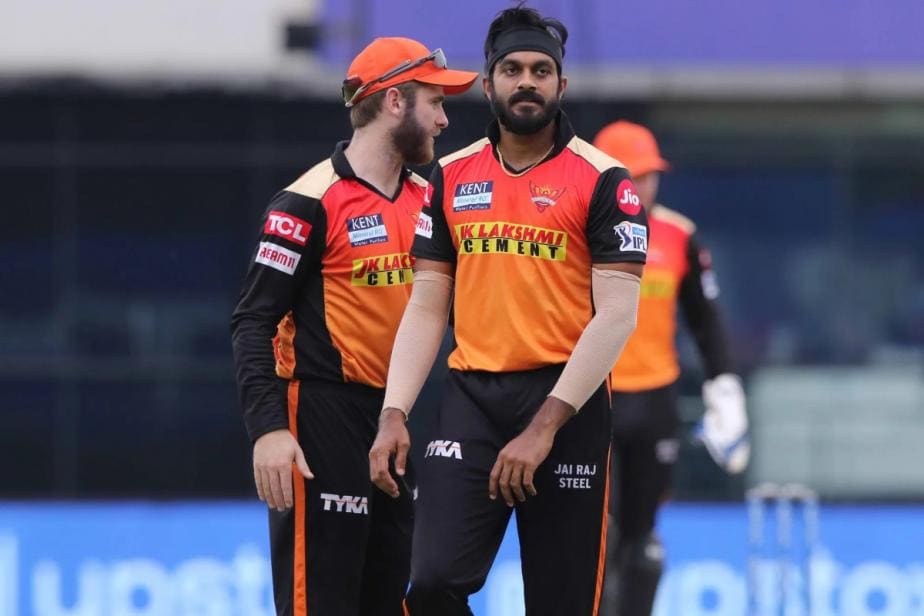 The Indian Premier League (IPL) can act as a platform for Shankar to make a case for himself.

Allrounder Vijay Shankar has experienced a roller-coaster ride in his cricket career thus far. The 30-year-old’s career took a flight when he was included in India’s squad for the 2019 ICC World Cup. However, an injury ruled him out of the mega event and since then it seems his career is heading down south.

He hasn’t been considered again by India selectors after the World Cup. The Indian Premier League (IPL) can act as a platform for Shankar to make a case for himself to be included in the Indian side but he isn’t experiencing an ideal run in the tournament this season.

The 28th match of the tournament saw Sunrisers Hyderabad lock horns with Rajasthan Royals (RR) at the Arun Jaitely Stadium in Delhi. The match saw SRH allrounder Shankar becoming a butt of jokes on social media owing to his poor performance in all three facets be it batting, bowling or fielding.

In the first innings, on the last ball of the fifth over by Rashid Khan, SRH had a chance to dismiss the opposition’s opening batter Jos Buttler, while he was playing at seven off 13. However, Shankar, who was standing at the long-on, dropped an easy catch of Buttler and that cost the Orange Army the whole game as the batsman went on to play a spectacular knock of 124 off 64.

Adding to the misery, the 30-year-old leaked 42 runs in his three overs at a disastrous economy rate of 14. Though he managed to pick the wicket of Sanju Samson, it came in the 17th over when the skipper had already completed his job by adding 48 runs to the scoreboard in 33 balls.

Shankar didn’t experience an ideal outing with the willow too as while SRH was chasing a mammoth score of 221, he lost his wicket at 8 for 8. The below-par performance by the all-rounder caused an outrage on social media as the fans couldn’t help but thrash the cricketer.

He is like Shardul, Monu Singh, Rinku Singh and Shivam Dube, no performances, just vibes.

Shankar will hope his own and SRH’s fortune turn for good as the race for playoffs starts heating up.