IPL 2021: Warner, De Kock and Russell - The Highest Impact Overseas Batsmen In The Last Three Years of the IPL

David Warner was the highest run-getter in the 2019 season with an aggregate of 692 runs in 12 innings at a strike rate of 143.86. He was again the highest scorer for the Sunrisers and the third-highest overall in the next edition in the UAE. 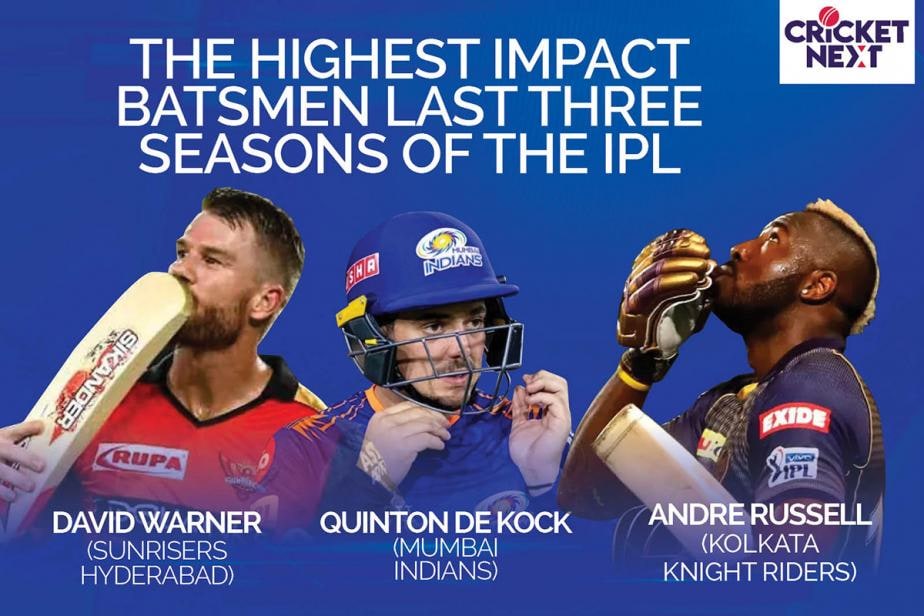 The 14th edition of the Indian Premier League (IPL) will commence from the 9th of April in Chennai. The most coveted T20 league in the world has witnessed some thrilling batting displays over the last three seasons. Foreign imports have added spark and that extra fire in the competition over the last few years. We look at the three highest impact overseas batsmen in the IPL between 2018-2020 and a batsman each from South Africa, Australia and the West Indies are on that list.

David Warner made the most of sitting out of the 2018 season due to the sandpaper scandal by scoring heaps of runs in 2019 and 2020. The Australian left-hander was the highest run-getter in the 2019 season with an aggregate of 692 runs in 12 innings at a strike rate of 143.86. Opening the innings for Sunrisers Hyderabad, the swashbuckling southpaw dominated bowling attacks and recorded three of the five highest scores for Sunrisers in the season. His highest impact innings – 100 off 55 deliveries – came against Royal Challengers Bangalore in Hyderabad. He also registered a brilliant 85 off 53 deliveries, albeit in a losing cause against the Knight Riders at the Eden Gardens.

Warner recorded 9 fifty-plus scores in the tournament five of which at a strike rate of in excess of 150. To come out on top of the run charts after serving a one year ban showed the character and mental toughness of the Australian.

Warner was again the highest scorer for the Sunrisers and the third-highest overall in the next edition in the UAE. He aggregated 548 runs in 16 innings at a strike rate of 134.64 including 4 fifties in the tournament. His best came against eventual tournament winners – Mumbai Indians. Chasing 150, he blasted an unbeaten 85 off just 58 deliveries to take the Sunrisers to a ten-wicket win. He has been the highest run-getter (combined) for the victorious franchise in the last two editions of the IPL but often got unnoticed as the other superstars in the team tend to grab all the headlines. Quinton de Kock scored 529 runs in 16 innings at a decent strike rate of 132.91 in 2019. His exploits included 4 fifties and he scored a little over a hundred runs more than the next-highest scorer for the Mumbai Indians that season.

De Kock played the role of the playmaker at the top of the order for MI and was the constant in their line-up with consistent performances at the top of the order. His best knock – 81 off 52 deliveries – came against the Royals in Mumbai. Four of the 10 highest scores for MI that season featured the South African batsman.

De Kock again aggregated in excess of 500 runs in UAE in 2020 ending the season as the second-highest scorer for MI and the sixth-highest overall. He scored 503 runs in 16 innings at a strike rate of 140.5. His increase in scoring rate was a significant feature of his batting in the last edition. De Kock’s best performance in 2020 came against the Knight Riders in Abu Dhabi when he smashed an unbeaten 78 off just 44 deliveries helping the team chase down 149 in under 17 overs. 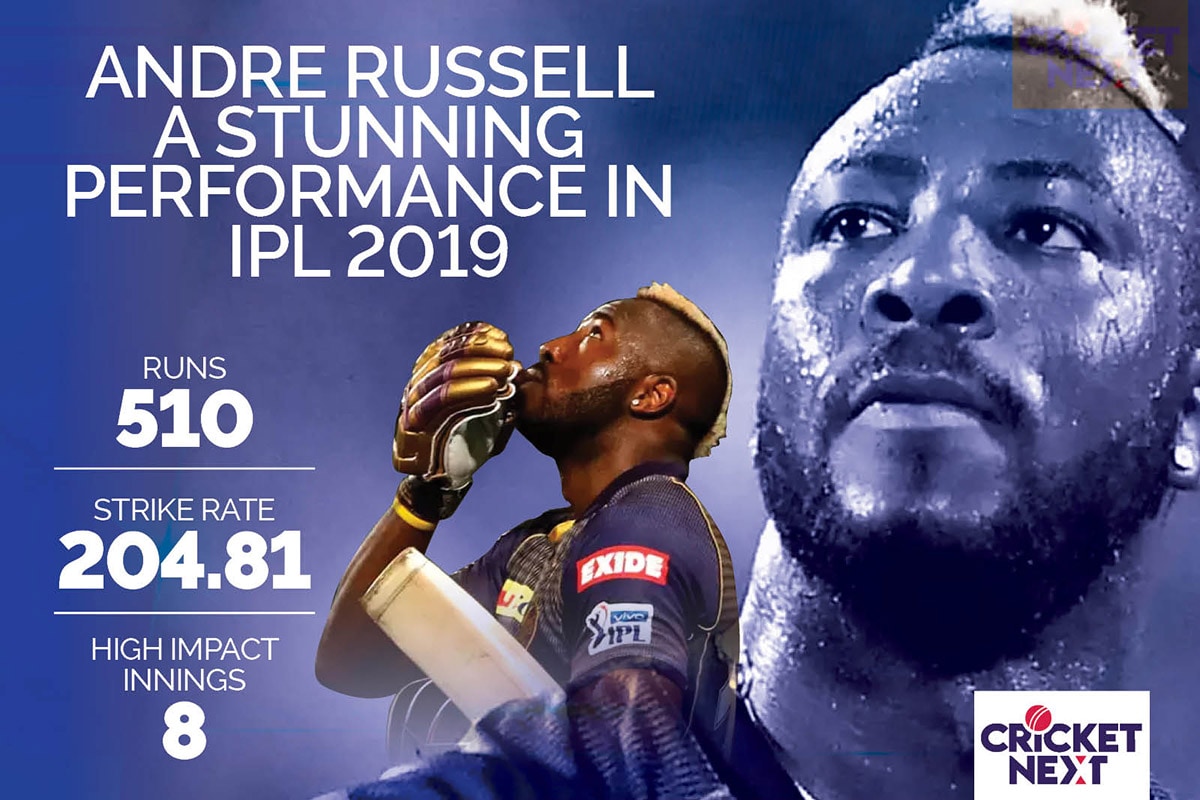 Andre Russell showed glimpses of his destructive prowess for KKR in 2018 with 316 runs in 14 innings at a strike rate of 184.79. His best innings of the season came in a losing cause against Chennai Super Kings when coming in to bat at 89 for 5 after 10 overs he blasted a breathtaking 88 off 36 deliveries including 11 mighty sixes to power his team to above 200.

But his best was yet to come! This was just the curtain raiser.

Russell produced one of the most devastating displays of batting ever witnessed in any tournament anywhere in the world in IPL 2019. He blasted 510 runs in just 13 innings at a stunning strike rate of 204.81 – it was the most destructive performance in the history of the IPL!

He blasted 80 off just 40 deliveries against Mumbai Indians hammering 8 sixes powering KKR to 232, 65 off just 25 balls (from 79 for 4) against RCB almost pulling off a miraculous chase, 62 off 28 deliveries against the Capitals from 61 for 5, unbeaten 49 off just 19 deliveries in a successful 182-run chase against the Sunrisers and another undefeated 48 off just 13 deliveries helping KKR overhaul RCB’s 205 in Bengaluru – such consistent power-hitting had never been witnessed in the tournament’s history before!