Starc sets the tone for Royal Challengers Bangalore early on in the innings which is key to their success, feels Wiese. 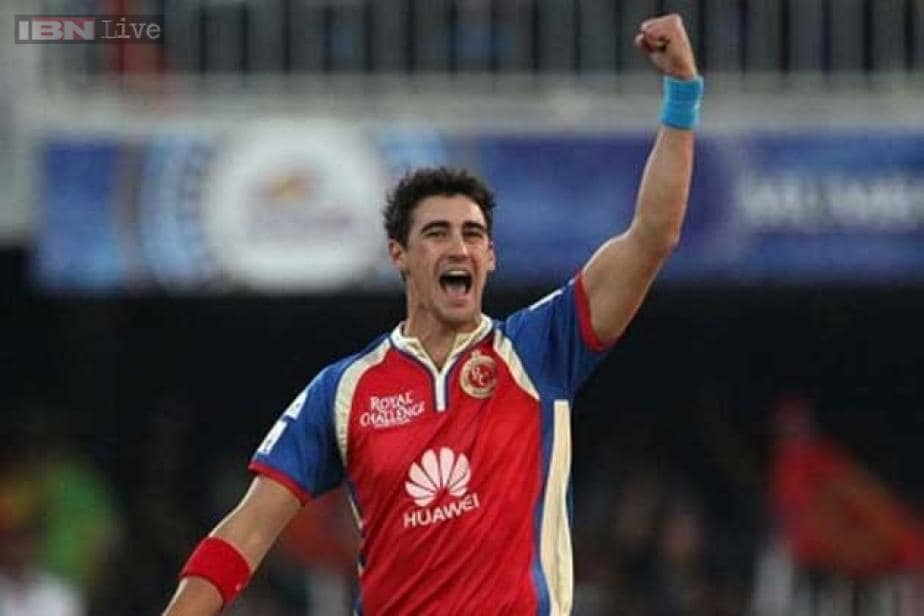 If the light rain had come 26 hours later, it would have put a dampener on Royal Challengers Bangalore's game against Rajasthan Royals at the M Chinnaswamy Stadium. If it had been cricket Virat Kohli and his men had been playing, the passing shower might have had them scurrying for cover. But, as it was on Tuesday (April 28), the spot of rain was but the slightest of distractions for the professional cricketers turned amateur footballers at the nets ahead of Wednesday's game.

It was a group of men high on a win and the confidence it brings, enjoying themselves - a team that seemed a cohesive force. The captain was leading from the front, switched on and competitive (as ever); AB de Villiers amazed every time he got the ball (but of course); Chris Gayle stood his ground, putting on a show when the ball found him (only expected); Dinesh Karthik was the 'keeper (what else) who didn't have much to do thanks to the men in front of him; and a bunch of youngsters - Iqbal Abdulla and David Wiese among them - made their presence felt.

There was positivity aplenty and that was what Wiese, Bangalore's South African allrounder, credited for the turnaround that saw the team get two big wins in their last two games.

"I think our preparations for the positive games have been really good," said Wiese, who has taken seven wickets in his four outings so far. "We've gone and sat down and been honest with ourselves that we haven't been good enough and we need to improve a bit. We started analysing opposition and getting good, specific game plans for each player."

In the "positive games" Wiese was referring to, it was Bangalore's bowling that did the trick. Faltering without Mitchell Starc, their spearhead from Australia, and revitalised upon his return, the bowlers set up the nine-wicket win chasing Rajasthan Royals' 130, and the ten-wicket win against Delhi, who were allowed to make just 95. Wiese explained just how much Starc's return had boosted the team, even as Yuzvendra Chahal, Abdulla and Varun Aaron had stepped up.

"The bowling attack really stepped up in the positive games and with Mitchell Starc coming back also, that's been a massive asset for us. He leads from the front and has been big for us so far ... He's been massive for us. He's a world-class bowler, he sets the tone for us," he said. "From the start, he takes the first ball of the innings, he sets the tone. Other bowlers just feed off that."

That rejuvenated attack is just what Bangalore need in a stadium where the bowlers have traditionally found themselves under pressure. The team, despite vocal local support, are yet to win at home. But given their recent run, that could change soon.

"I think it's not a secret that we've struggled at home this season so far," admitted Wiese. "You play nice positive games and we've built up momentum now. We've quite a few games back to back and that's nice for momentum. You can just go with it and keep going. We're looking to make Chinnaswamy a bit of a fortress for ourselves again."

Rajasthan Royals' Karun Nair, meahwhile, was savouring his return to the Chinnaswamy, where he's seen many a success over the past couple of seasons with Karnataka.

"It feels good to be back home, in surroundings that you know. Taking on RCB is going to be a challenge," he said. "I'm looking forward to contributing to the team's success. Hopefully we can win this game."