The 21-year-old left-arm pacer represents Mumbai in domestic cricket and Zaheer feels that the youngster will have to prove himself in order to secure a place in the squad. 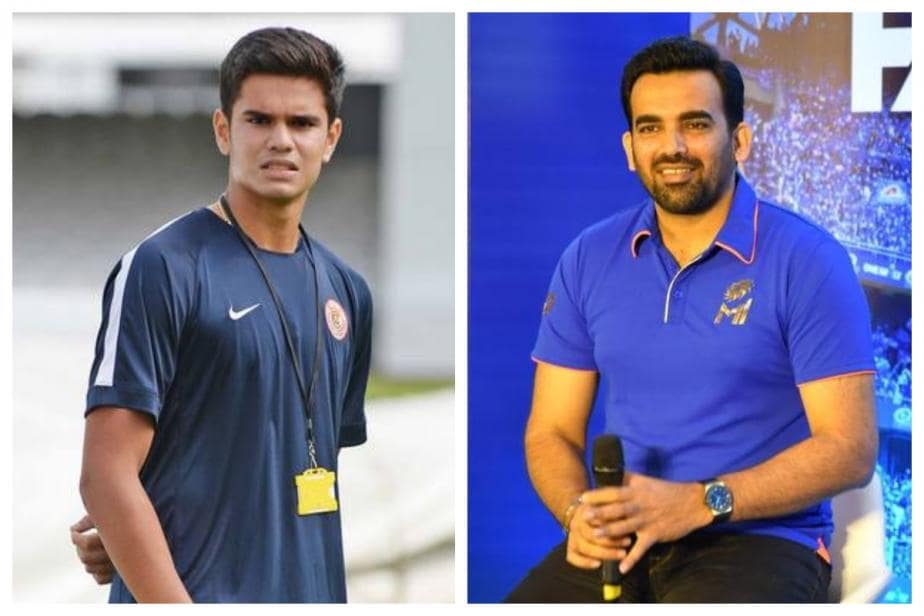 The Indian Premier League (IPL) 2021 auction was nothing short of nerve-wracking and exhilarating experience as the eight franchises loosened their wallets to build their respective squads for the upcoming season.But one name which was presented at the latter end of the IPL auction was Arjun Tendulkar, who was bought at his base price of Rs. 20 Lakh by six-time IPL winners, Mumbai Indians. The youngster, who is the son of Sachin Tendulkar, has been bowling in the Mumbai Indians nets over a couple of years and former Indian cricketer and MI’s Director of Cricket Operations, Zaheer Khan is all praise for Arjun, but states that the youngster ‘has to prove himself’.

It was highly speculated that Mumbai Indians would bid for the budding cricketer as Arjun has been under the guidance of the MI coaching staff and has been bowling to the team's bastmen in net sessions. However, the name comes with a massive responsibility as Zaheer states that the pressure of ‘being a Tendulkar’ will always be there and will have to prove himself to show that he belongs at Mumbai Indians.

Zaheer said that the environment around Arjun will help him in becoming a better cricketer and no doubt it will, as he will be under the guidance of Mumbai Indians coach Mahela Jayavardhane, skipper Rohit Sharma, Hardik Pandya, Trent Boult and other star players who were retained by the franchise.

Arjun Tendulkar Thanks Mumbai Indians, Says Was Childhood Dream to Play for Them

"I have spent lots of time with him in the nets, trying to teach him a few tricks of the trade. He is a hard-working kid and he is keen on learning. That's the exciting part. The added pressure of the name Sachin Tendulkar is always going to be there with him, something he will have to live by. But the environment we have around the team is certainly going to help him become a better cricketer with the likes of Shane Bond and Mahela around. I wish him the best. We are looking at things under a very simple lense”, said Zaheer after the IPL auctions.

Arjun Tendulkar in IPL, Will Play for Mumbai Indians

The 21-year-old left-arm pacer represents Mumbai in domestic cricket and Zaheer feels that the youngster will have to prove himself in order to secure a place in the squad and display his skills at the highest level of T20 cricket, which is the IPL.“He is just a youngster coming into the side. But he has to prove himself, has to show the coaching staff and the think tank of the team that he has got the goods to belong there,"said Zaheer, who was also present at the table during the auctions.

On being a part of the Mumbai Indian 2021 squad, Arjun expressed his gratitude towards the franchise for showing their faith in him.