his is the second year in a row that Vihari will be missing out on the IPL and last played for Delhi Capitals (DC) in 2019. 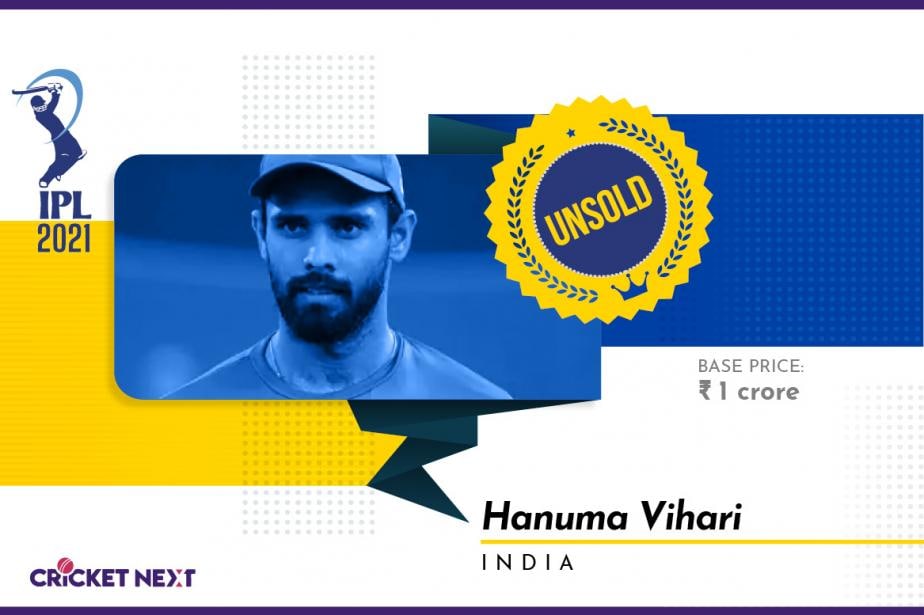 Indian cricket batsman Hanuma Vihari went unsold in the Indian Premier League (IPL) 2021 auction as he found no bidders. This is the second year in a row that Vihari will be missing out on the IPL and last played for Delhi Capitals (DC) in 2019. Despite his heroics in India’s historic win over Australia in the recently concluded four-match Test series which India won 2-1, the middle-order batsman was not seen as a part of any franchise’s plan in the 2021 IPL. Vihari had registered himself in the IPL auctions at a base price of Rs. 1 crore, which can be said as steep given the fact that Vihari is more of a red-ball cricketer.

However, the Indian cricketer did take to Twitter after the IPL auctions ended and just wrote a three-letter word, "'LOL'. Yes, 'LOL'" with a laughing emoji.

While some fans sympathized with the cricketer, some felt that Vihari deserves better after a heroic performance in India vs Australia Test series.

Here’s what a few fans had to say to Vihari’s cryptic tweet.

“Dear Hanuma Vihari, I saw you facing the likes of Cummins and Starc in Australia literally with one leg. You were being hited all over the body and you had every option to just leave the crease or play a rash shot. But salute to your grit that made you face them till India 1/n”

“No big deal bro. You are a champion player. I really wish your Test career flourishes!! More power to you...”

“Don't worry sir! You have already won our hearts at Sydney with your outstanding performance. Without you, we would have lost the match.

They don't realise what they have lost Keep trying and all the best for next year sir. We are always with u, sir”.

Surprisingly, Test specialist Cheteshwar Pujara will be playing in the Indian Premier League after the batsman was bought for his base price of Rs. 50 Lakh by Chennai Super Kings. Pujara last played an IPL match back in 2014 and since then, he went unsold till now.

The Indian cricketer is currently recovering after sustaining an injury during the Sydney Test against Australia. It can be seen that Vihari is preferred as a Test player and is a regular in the Test side for Team India.