The Indian Premier League 2017 auction is underway currently and two English cricketers have become millionaires, all-rounder Ben Stokes and paceman Tymal Mills have gone for the highest bids so far. 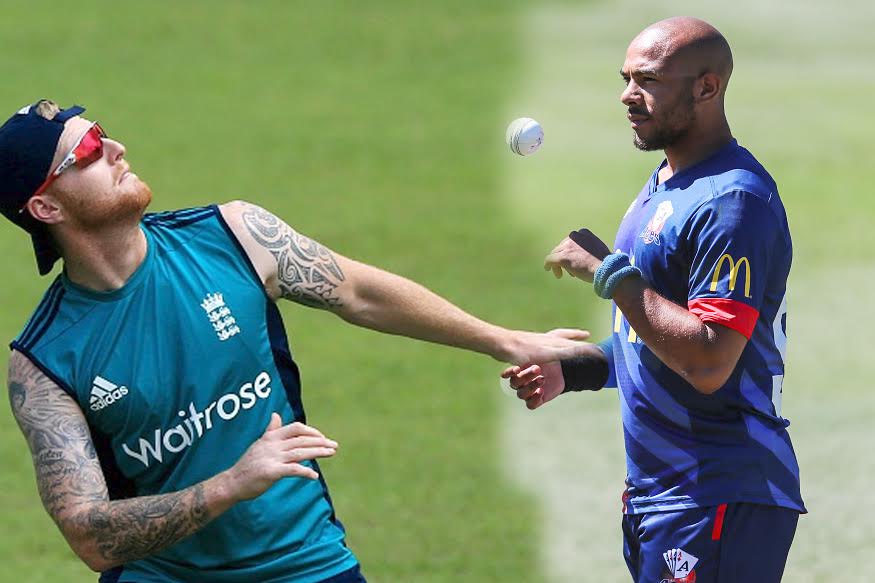 Bengaluru: The Indian Premier League 2017 auction on Monday witnessed two English cricketers become millionaires, all-rounder Ben Stokes and paceman Tymal Mills were bought for astronomical amounts as a total of 66 players were eventually sold to the eight franchises. Out of the 66 players, 27 were overseas cricketers.

Stokes, who was expected to be hot property in what is going to be his first season in the IPL was bought for a whopping Rs 14.5 crore by Rising Pune Supergiants. This makes him the second most expensive player ever to have been bought in an IPL auction after Yuvraj Singh. 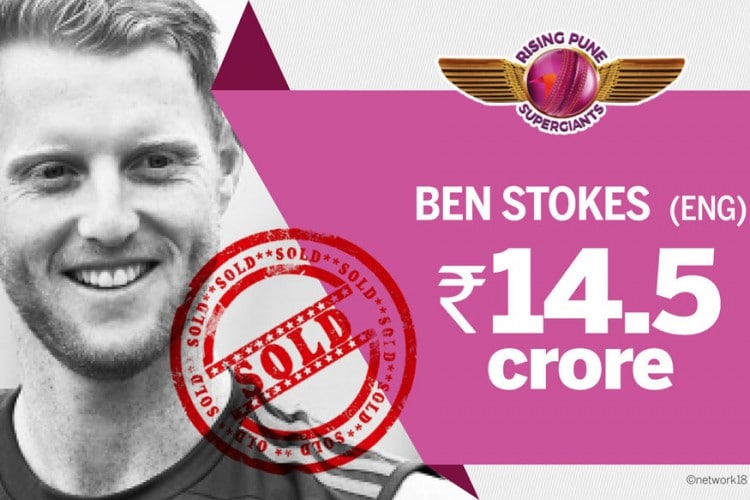 The other English player who drew a big bidding war was left-arm paceman Tymal Mills, who was finally bought by the Royal Challengers Bangalore for Rs 12 crore. With Mitchell Starc bailing out of this season, Virat Kohli's outfit needed an overseas paceman and they were headstrong in going all the way for Mills.

There were other pacers too who drew lot of attention, although they didn't go for such an astronomical figure. South African Kagiso Rabada was bought for Rs 5 crore by the Delhi Daredevils who too needed reinforcements after releasing their Australian recruit Nathan Coulter-Nile after last season. New Zealand's Trent Boult was snatched by Kolkata Knight Riders for Rs 5 Crore. Boult, who won the IPL title with the Sunrisers Hyderabad team last season was released by his franchise. The paceman was a never a straight out choice in the presence of the likes of Mustafizur Rehman and can now look forward to some regular first team action this season.

Australian duo of Pat Cummins and Mitchell Johnson also fetched a good price at the auction. Cummins, who is known for his blistering pace, was bought for Rs 4.5 crore by Delhi Daredevils while 2015 ICC World Cup winner Johnson was bought for Rs 2 crore by Mumbai Indians, a franchise the Aussie had represented earlier.

Another England player was sold for a high price. Bowling all-rounder Chris Woakes, who is known for his wicket-taking abilities in the limited-overs format, was bought by Kolkata Knight Riders for Rs 4.2 crore. Among the batsmen, England's limited overs captain Eoin Morgan, who was released by Sunrisers Hyderabad, was bought by the Kings XI Punjab for Rs 2 crore. This will be Morgan's third IPL outfit having already represented Kolkata Knight Riders and the Sunrisers.

The Sri Lankan captain has already played for the Daredevils earlier while Anderson, who was a star for the Mumbai Indians once, will play his maiden season for thecapital outfit.

Among the uncapped players, Karnataka batsman K Gowtham was bought for Rs 2 crore by the Mumbai Indians. Gowtham recently scored a half-century against Australians while playing for India A in the tour match. 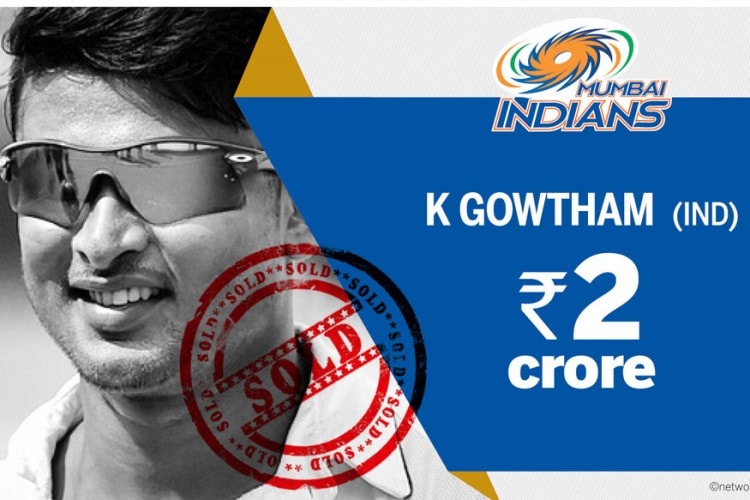 Among the Indian players, leg-spinner Karn Sharma, who was for the longest time a part of the Hyderabad outfit, was bought by Mumbai Indians for Rs 3.2 crore. Paceman Varun Aaron was bought by the Kings XI Punjab for Rs 2.8 crore.

Left-arm paceman Aniket Choudhary, who has been bowling in the nets for Team India as they prepare for Mitchell Starc in the Test series against Australia, also went for Rs 2 crore. He was bought by the Royal Challengers Bangalore.

There was a windfall for an Afghan player also, leg-spinner Rashid Khan was bought for a whopping Rs 4 crore by the Sunrisers Hyderabad. The leggie with a base price of Rs 50 lacs saw an intense bidding war between SRH and the Mumbai Indians, but the defending champions sealed the deal eventually.

Surprisingly there were no takers for the world's top T20I bowler Imran Tahir, who had a base price of Rs 50 lacs. Tahir, who has been South Africa's premier wicket-taker in limited overs cricket, had earlier been an important player for Delhi Daredevils who released him after last season.