"Not disrespecting the players who have gone to the IPL, but you can't really decide to go away, and walk straight back into the team," said Ambrose. 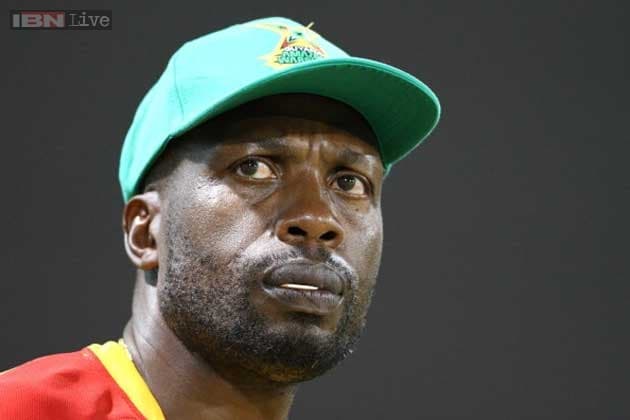 "For me, I think not," he said on Thursday at Lord's. He was there to attend the first test between England and New Zealand, and promote his new autobiography, "Time to Talk."

"Not disrespecting the players who have gone to the IPL, but you can't really decide to go away, and walk straight back into the team. For me, that's a concern."

Ambrose was brought into the West Indies staff by then-coach Ottis Gibson a year ago as, of course, a bowling coach, and has been retained by Phil Simmons, who took over in March.

The team will gather shortly for the two-test home series against Australia, which has owned the Frank Worrell Trophy for 20 years.

West Indies has beaten Australia in a test only once in this century, which has made some in the Caribbean wonder whether Simmons will consider bringing IPL players into a team which fought back this month to surprisingly draw the home series with England.

Gayle made himself unavailable for the England series because of his bad back, Bravo and Simmons retired from tests, although Bravo was wavering, Pollard was taking an "indefinite break" from first-class cricket, Russell said he wasn't physically capable of playing tests, and Narine was repairing a suspect bowling action.

"I believe we should try our best to field our strongest team," Ambrose said. "Unfortunately, some of our top players are in the IPL at the moment. They should decide whether they want to play for West Indies or go to the IPL."

He sympathized with players who stayed home to play for the West Indies, and were doing OK. He added the talent was there to be a top team again noting that "from time to time I see some brilliance," insisting they just needed more confidence and self-belief.

Ambrose's enduring passion for the team for which he took 405 wickets in 98 tests until his retirement in 2000, was obvious in the England series. Unlike in his playing days, when he was not a sledger or accommodating of press interviews, he doesn't hide his emotions on the sidelines, where he finds coaching a lot harder than playing because he's no longer in control on the field.

"My little huddle just before guys take the field is just about encouragement, trying to get them pumped up, let them know what they've got to do, and believe they can get the job done," he said. "You can't wait until after an hour to really get into the game, you've got to be into the game from the first ball, this is what I'm preaching to the boys. It's just passion."