IPL spot-fixing: Sreesanth arrives in Kerala to a tumultuous welcome

The pacer was welcomed by hundreds of fans who were waiting at the Kochi airport since early Wednesday. 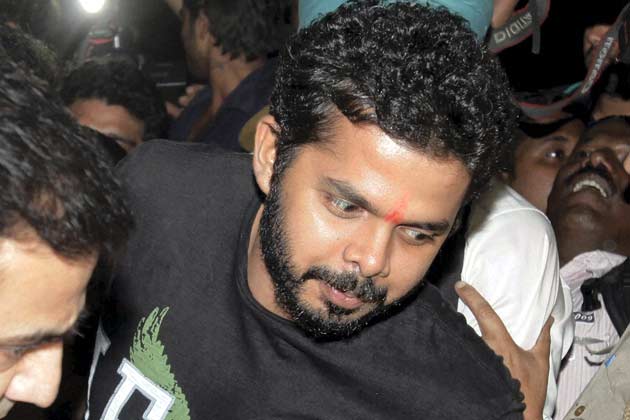 Kochi: Former India pacer S. Sreesanth, arrested for his role in alleged spot fixing in the IPL and released from jail on Tuesday, arrived here to a tumultuous welcome from hundreds of fans who were waiting at the Kochi airport since early Wednesday.

A battery of journalists, press photographers and TV cameramen were seen jostling for space as soon as Sreesanth, who was released from Delhi's Tihar Jail Tuesday night, arrived in the airport's lobby around 9:15 AM.

"I am confident that I will come clean. I am delighted that I am back here. I have done no wrong. I am overwhelmed by the support I got here. I will now spend time with my parents," Sreesanth said.

The police personnel deployed at the airport had a tough time in controlling the crowds, and with great difficulty they managed to put the cricketer into his car. He drove away to his sister's house in the city.

However, Sreesanth's parents came out in his support saying they were confident that their son had done no wrong and was made a scapegoat.

Sreesanth's credibility took the worst ever beating after Delhi Police linked him with the underworld and charged the cricketer under the provisions of the Maharashtra Control of Organised Crime Act (MCOCA).

However, a Delhi court Monday ruled that there was no prima facie evidence to try the cricketer under the act and granted him bail.