Ireland vs Pakistan, One-off Test in Dublin, Highlights: As it Happened

Catch all the action of the one-off Test between Ireland and Pakistan in Dublin through our live commentary. 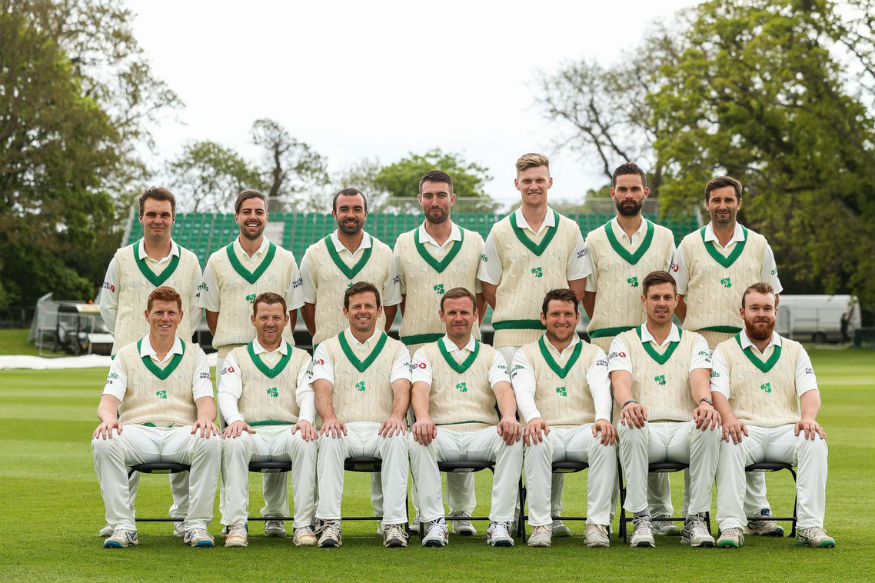 Catch all the action of the one-off Test between Ireland and Pakistan in Dublin through our live commentary.

Ireland will look to do what no side have done in 141 years by winning their inaugural men's Test when they face Pakistan in a one-off match starting Friday. Not since Australia beat England by 45 runs in Melbourne in 1877 in the first Test ever played has a team got off to a victorious start in cricket's premier format. Pakistan will arrive at the Malahide ground as firm favourites but Ireland captain William Porterfield hoped some classic local conditions would favour his side. "We've always got a chance, it's sport," he said at a pre-match press conference on Thursday. "Are we favourites? No. But we've as much chance as anyone if we do the basics right, in our own conditions we will give ourselves a very good chance. There is a lot of experience in our line-up, exciting youth as well so I don't see any reason why not. "It is a bit stereotypical, but if we get a bit of sideways movement it is the main aspect we want to bring to the table. "If we can have that in the game then I think it gives us the best chance of winning and I think that is a realistic chance," he added.

But such conditions could also favour a Pakistan attack set to be led by Mohammad Amir. "He’s obviously a very skilful bowler," said opening batsman Porterfield of the left-arm quick. "A couple of guys have faced him in county cricket and multi-day games and we played against them in white-ball cricket. "But obviously, late swing is going to be a factor for him and sideways movement with their handy seam attack so we are going to have to fight back with the bat as well." Porterfield and some of his Ireland team-mates had the chance to pick the brains of former Marcus Trescothick during a warm-up match against Somerset and they will look to put the former England batsman's advice to good use against Pakistan. "He’s been playing professional cricket for 26 years, a great career so we asked if he would sit down with us and any chance you get to speak to someone with his experience is great," Porterfield explained. "He talked about the experience of playing Test cricket and it’s just that little higher standard from county cricket as you have the extra seamer, it’s more relentless, which is what we expected.

"You still have to find your way of dealing with it. But it was a good chat." Pakistan are set to give a Test debut to Imam-ul-Haq, the nephew of selection chief and former batsman Inzamam-ul-Haq after he scored fifties in warm-up matches against Kent and Northamptonshire. "It is a big honour for me and my team to play this historic Test match -- the first Test match to be played in Ireland," said Pakistan captain Sarfraz Ahmed.