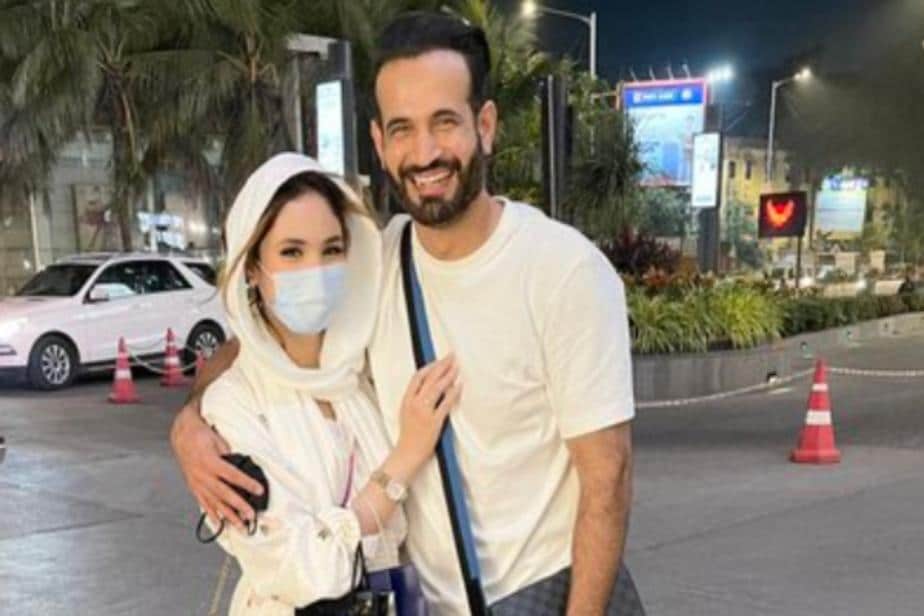 The former cricketer regularly shares adorable pictures of the couple and their son on his official social media handles.

While we must celebrate love each day, there are certain occasions that call for a special celebration. Keeping up with the tradition, former Team India fast bowler Irfan Pathan took to social media to pen an adorable note for his wife Safa Baig on their fifth wedding anniversary.

The former pacer took to his Twitter handle and shared an adorable picture with Safa. In the shot, the couple can be seen twinning in white and adorably hugging each other. Along with the picture, Pathan also shared the special moment of his life when they first met and ‘that feeling hasn’t changed a bit’. He also shared the post on Instagaram.

Pathan’s post has garnered over 31,000 thousand likes and a slew of comments congratulating the adorable couple on their special day. They tied the knot in 2016 and are blessed with a son. The former cricketer regularly shares adorable pictures of the couple and their son on his official social media handles. In a recent picture on Instagram, Irfan twinned with his toddler and the father-son duo looked lovely in red. ‘Have a fantastic Friday everyone,’ he captioned the picture.

Irfan Pathan made his international debut in a Test match against Australia in 2003 at Adelaide. A year later he made his ODI debut against the same team at Melbourne. The left-arm medium fast bowler emerged as a bowling all-rounder who often helped put some great knocks with the bat down the order. In his playing career, he picked 100 wickets in the long format of the game and 173 wickets from 120 matches in the limited overs segment. Whereas he picked 28 wickets from 24 outings in the shortest format of the game.

The 36-year-old had announced retirement from all forms of cricket in January last year.