Jayant Yadav debuted in the longest format of the game against England in 2016 and has featured in four Tests for India. 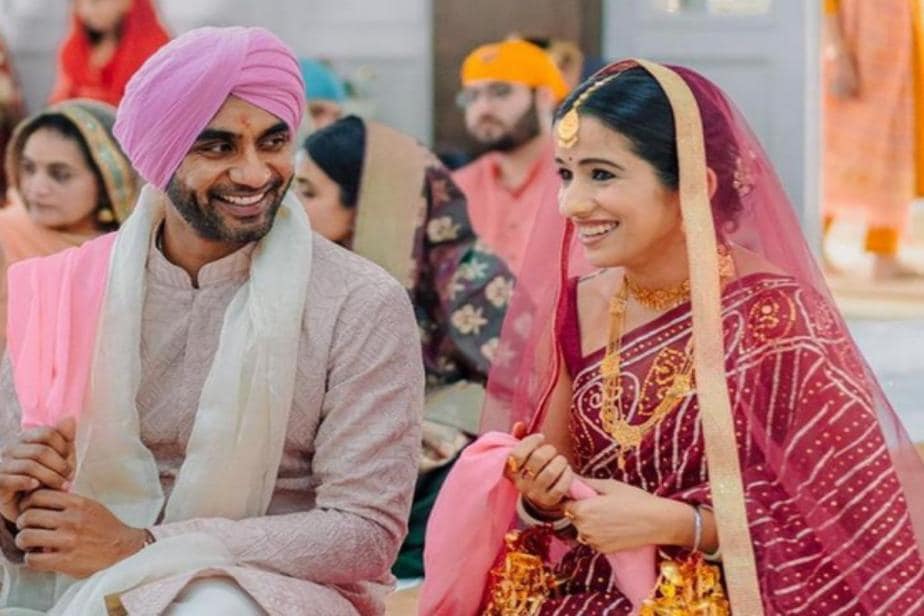 India all-rounder Jayant Yadav tied the knot with long-time girlfriend Disha Chawla on February 16. The wedding ceremony was a low-key family affair. The couple got engaged in November2019. The Haryana cricketer announced his marriage on social media. He took to his official Instagram handle and shared a few pictures with his wife. He captioned the post, "Better together," followed by a heart emoji.

Soon after Jayant revealed the happy news, members of the cricket fraternity and fans flooded social media with congratulatory messages for the newlyweds. The all-rounder was congratulated by his state-mate and Indian spin wizard, Yuzvendra Chahal. The Royal Challengers Bangalore (RCB) spinner, who was one of the first in the cricket fraternity to extend wishes to the couple, shared pictures from the wedding ceremony and wished them a happy married life.

Jayant Yadav debuted in the longest format of the game against England in 2016 and has featured in four Tests for India. He announced himself in the international circuit and scalped four wickets in his maiden Test. He scored his maiden century in his third Test in Vizag. The 31-year-old played his only One-Day International against New Zealand back in 2016. He picked up a wicket in four overs he bowled. In the domestic T20 tournament, Jayant picked up seven wickets and a four-wicket haul against Mumbai.

Last year, Jayant played in the final of the Indian Premier League (IPL) for Mumbai Indians. He dismissed Shikhar Dhawan in the final against Delhi Capitals that helped the side to a record-extending fifth IPL title. Ahead of the upcoming edition of IPL player auction, Jayant has been retained by the franchise. He was last seen in action in the recentlyconcluded Syed Mushtaq Ali Trophy. He took seven wickets from the six matches he played.