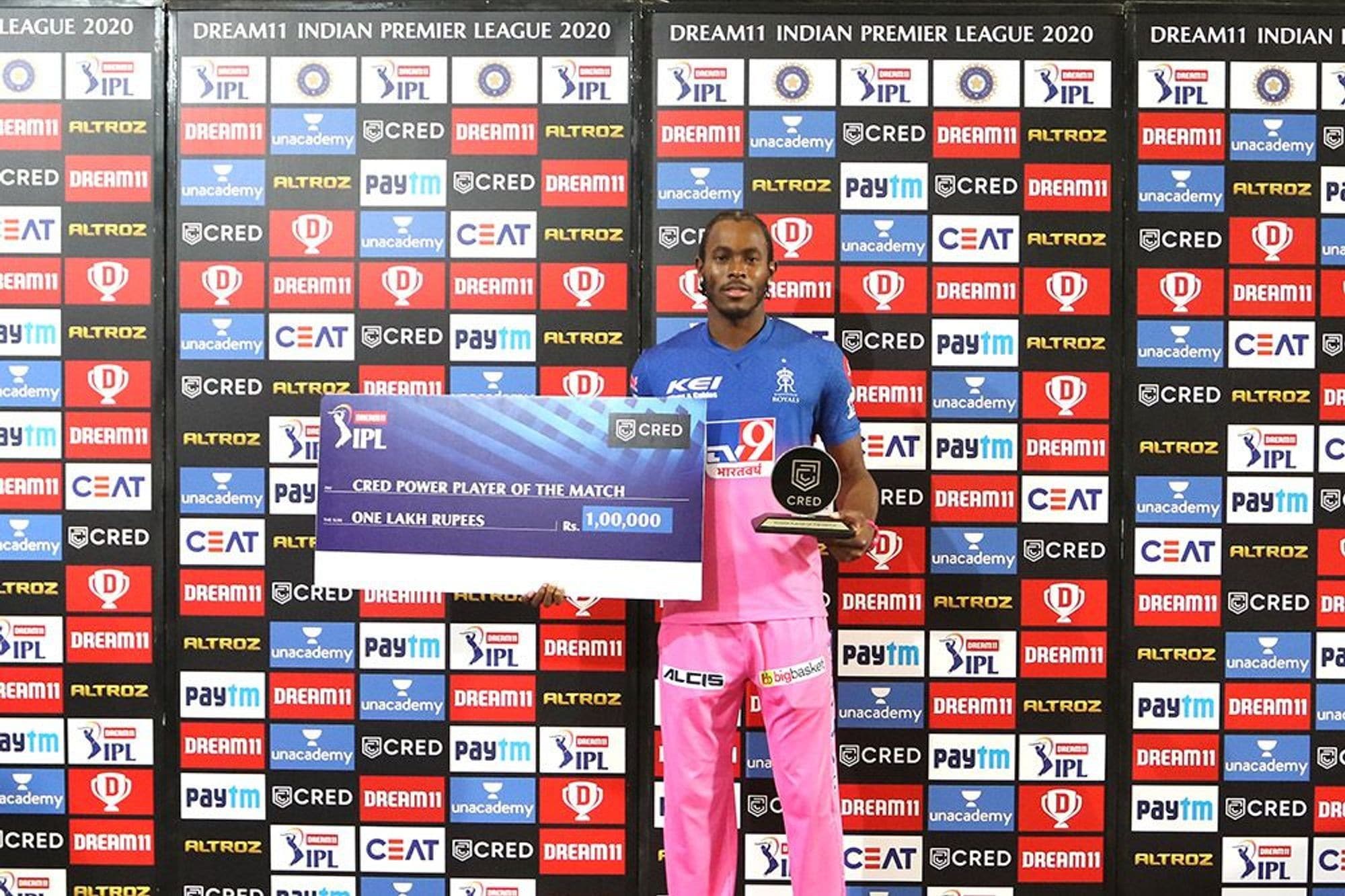 Jofra Archer's Rajasthan Royals may have finished at the bottom of the table but the allrounders' effort with the ball and the bat throughout the season earned him the Most Valuable Player IPL 2020 - MVP - award at the season-end awards. Mumbai Indians claimed their fifth IPL title beating Delhi Capitals by five wickets at Dubai on Wednesday. This is the first time a player from the team finishing last has won the MVP award. Generally, the MVP is almost everything from the team winning the tournament or from teams making it to the playoffs at least.

“Really grateful to receive the award. It didn’t go as well for the team, and hopefully, this has shown what I can do and I hope it helps the team a little more later,” Archer said after winning the award.