It was also the last time MS Dhoni was seen in Indian blues; the former India captain hasn't played professional cricket since then. 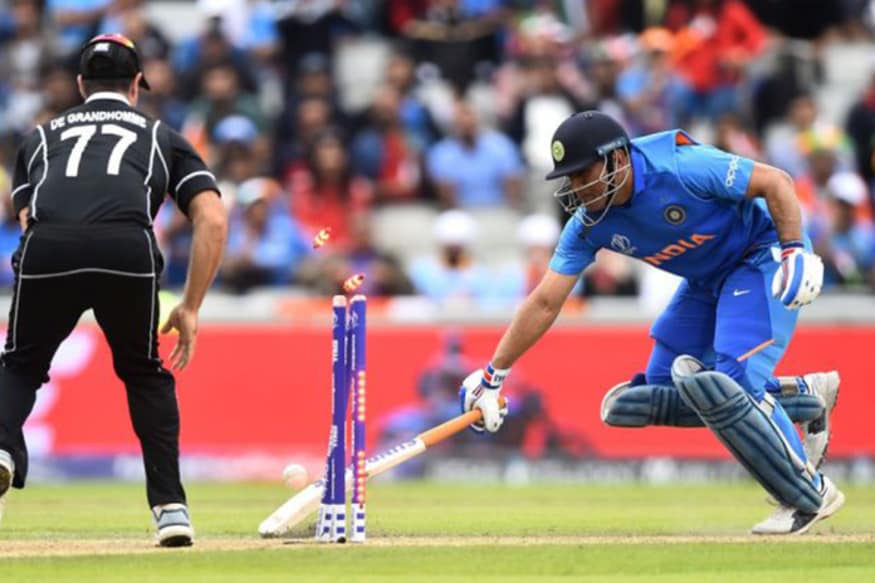 July 10, 2019 was a sad day for Indian cricket fans. It was on this day, exactly a year ago, that India exited the World Cup with an 18-run loss to New Zealand in the semifinal at the Old Trafford in Manchester.

It was also the last time MS Dhoni was seen in Indian blues; the former India captain hasn't played professional cricket since then.

The semifinal was played over two days, with rain hampering proceedings on July 9. New Zealand posted 239 for 8 in their 50 overs batting first, with Kane Williamson (67) and Ross Taylor (74) making useful half-centuries on a tough track.

Bhuvneshwar Kumar used the conditions to his advantage and was the best bowler for India with 3 for 43.

ALSO READ: 'MS Dhoni Not At All Thinking Of Retirement, Very Determined to Play IPL'

India would have fancied their chances but New Zealand's pacers had other ideas. The morning wicket on July 10 was moist due to rain and the overcast conditions haunted India's top order.

Rishabh Pant (32) and Hardik Pandya (32) steadied the ship briefly but neither could carry on. At 92 for 6, India's hopes were on Ravindra Jadeja and MS Dhoni. The duo fought hard with a 116-run stand for the seventh wicket, taking the game deep.

Jadeja made 72 off 59 while Dhoni was steady, making 50 off 72. Jadeja fell with the score on 208, leaving Dhoni 31 off the last two overs. Dhoni started the over with a six but was run out by a terrific throw from Martin Guptill, ending India's hopes.

We try our best but still fall short sometimes 😔

New Zealand went on to have a heartbreak themselves in the final, which England won by superior boundary count in the Super Over.