The second T20I between New Zealand and Pakistan saw plenty of high octane action on the field but it there was one moment that was so out of the world - literally - that it caught the attention of people on social media. 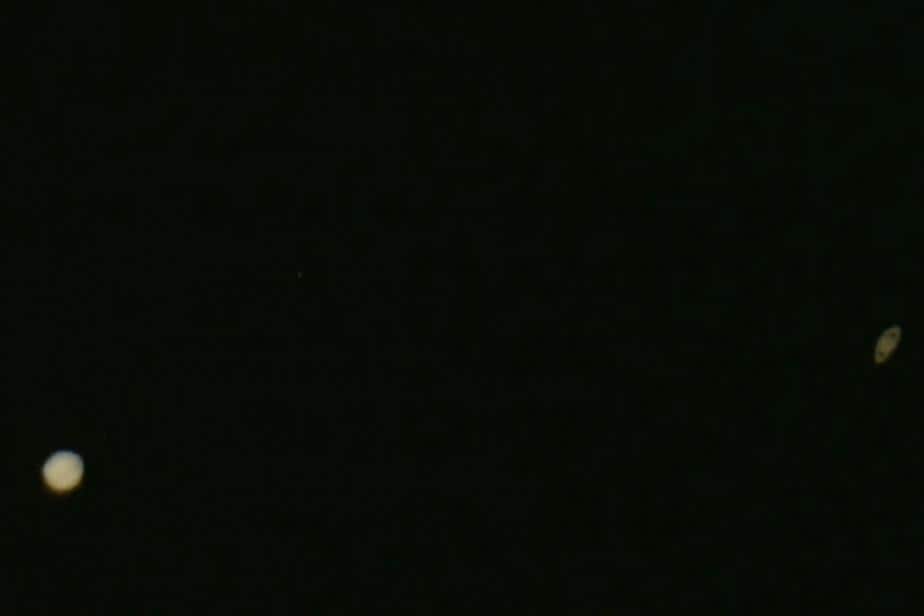 The second T20I between New Zealand and Pakistan saw plenty of high octane action on the field but it there was one moment that was so out of the world - literally - that it caught the attention of people on social media. A cameraman managed to capture an image that showed two planets, Jupiter and Saturn, in the skyline.

Jupiter and Saturn can be seen from Seddon Park, but the stars/planets don't appear to be aligning for Pakistan today.

NZ need 64 from 53 balls with nine wickets in hand.

On the field, Tim Seifert's 84 not out trumped an unbeaten 99 by Mohammad Hafeez as New Zealand claimed the second Twenty20 against Pakistan by nine wickets to take the series with a game to spare.

The Black Caps chased down Pakistan's 163 for six with four balls to spare, after winning the first game in Auckland by five wickets.

Kane Williamson, back in the side after paternity leave, hit the winning runs with a boundary to be not out 57 but said the game was all about the bowling of man-of-the-match Tim Southee and the batting of Seifert and Hafeez.

Seifert faced 63 balls for his 84, while Hafeez was in destructive form, which he attributed to taking up golf, as he plundered 99 from 57 deliveries while Southee restricted the remaining Pakistan batsmen with four for 21.

"It was a good surface, one that had a little bit for the bowlers and obviously if you could build partnerships you could gain some momentum," Williamson said.

"It was really satisfying to get across the line. A fantastic knock by Seifert, a really good effort with the ball and obviously a brilliant knock by Hafeez, the master."

Opener Seifert batted through the innings and although denied a century because of the quality of his partners, he did match his career-best 84 against India last year.

He put on 35 for the first wicket with Martin Guptill, who was out for 21, and shared in a 129-run stand with Williamson.

Also Read: 'People Who Relate This to Comfort Zone Should Have a Reality Check' - Virat Kohli

The 40-year-old Hafeez, out first ball in Auckland, was almost on his own for Pakistan with a career-best 99 which included 10 fours and five sixes.

It was his fourth half-century from six innings in the past year and he put the consistency down to taking up golf.