India's U-19 pace sensation Kamlesh Nagarkoti wants to emulate Mohammed Shami and Bhuvneshwar Kumar and said he tries to put himself in their shoes to wriggle out of tricky situations. 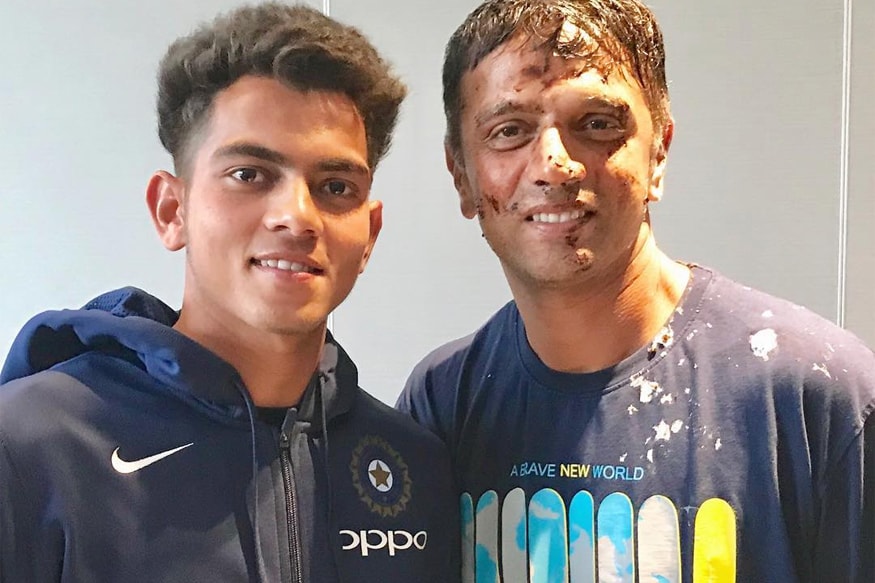 Mumbai: India's U-19 pace sensation Kamlesh Nagarkoti wants to emulate Mohammed Shami and Bhuvneshwar Kumar and said he tries to put himself in their shoes to wriggle out of tricky situations.

"I keep Bhuvneshwar Kumar and Mohammed Shami in mind whenever there is a particularly tricky situation facing me," Nagarkoti told reporters after arriving in Mumbai following their title triumph at the World Cup in New Zealand.

"I try to think how they would have bowled and try emulate that. I haven't met them yet, hopefully in the coming days I will get a chance to chat with them," he added.

Nagarkoti, who took nine wickets at 16.33 to help India win a record fourth World Cup title in New Zealand, said he would try to do well in the Vijay Hazare trophy and then the Indian Premier League.

"I am focused now on playing the one-day matches in the Vijay Hazare Trophy and then the IPL later. I'll try to do well in both. I will try not to let up on speed, but will try to bowl according to the situation," he said.

His partner Shivam Mavi is also looking forward to the IPL to secure a place in the India A team. "Looking forward to the IPL. It opens up a lot of opportunities. It's a good platform to showcase our talent and make a case for India A or other senior domestic tournaments," said Mavi, who also scalped nine wickets during the World Cup.

"In the IPL I would like to focus on line and length rather than speed. There even if you bowl over 160kph, you still might get hit. My dream is consistently bowl over 150kph," he added.

Nagarkoti and Mavi have been the pace spearhead of the U-19 team as they clocked over 145 kmph during the World Cup. "I did not expect bowling that fast. This was the second time that I have managed to clock such a high speed. I had done it once in England, so this was the second time," said Nagarkoti.

"While pace was in focus, (bowling coach) Paras Mhambrey sir taught us how to bowl in the right areas. That was our main focus," he said.

"Paras sir asked us to focus on accuracy. He tried to explain to us that despite pace there is a chance of leaking runs. With pace, control is vital."

Asked if he surprised himself by bowling at 145 kmph, Mavi said: "I wouldn't say I was surprised. Three years ago, I realised that I was clocking around 135 then. It dawned on me that my pace was always on the higher side. As I kept bowling I knew the speed was improving, so it didn't come as a shock when I did clock over 145."

Nagarkoti said bowling in tandem with fellow pacer Mavi helped him a lot. "I started playing since 7th-8th. Bowling in tandem with Shivam (Mavi) worked quite well for us. It was a great experience. When your partner is bowling well and supporting you, then bowling in that flow was quite satisfying," the young fast bowler added.

Mavi said that he particularly worked on the yorkers. "I worked on the yorker in particular. In the slog overs, if even a few boundaries can be contained it makes a major impact on the game. So yorkers were key and I kept trying to aim at bowling as many as possible with accuracy," he said.